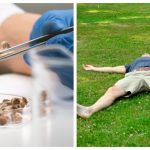 REPORTS that magic mushrooms may be beneficial in the treatment of patients with depression are being touted by Waterford man Ian Herriford as proof that getting high as a kite every weekend of his life since he was 16 was the right and noble decision. “The scientists, yeah, said that the 200 people or so… Read more » LOCAL MAN Ciaran Kearney has been left feeling lightheaded and unable to get his bearings after receiving a text from a friend in which very minor alterations were made to prior plans of an upcoming social engagement. “I need a lie down,” said Kearney as he reached out with his hand to steady himself, reeling… Read more » BENJAMIN NETANYAHU has thanked far-right nationalist and religious extremist politicians including convicted racist Itamar Ben-Gvir, stating that without their support he would not be on course to sweep back into power. “There’s no way embracing the religious extremists too extreme for a significant number of Israelis will come back to bite me in the caboose,”… Read more » KAMALA Harris, in an official statement from the office of the Vice President, has said that Iran’s continued presence on the UN Commission on the Status of Women discredits the council in a way that the US, which is criminalising rape victims seeking an abortion in Republican controlled states, does not. “Take a leaf out… Read more » IT’S the shocking resignation that has every loser who cares about this sort of nonsense frothing at the mouth with excitement, however, it turns out the general public are less bothered by Marc MacSharry leaving Fianna Fáil. “Who?” said 99.9% of the population when asked about the seismic ructions on the verge of further fracturing… Read more » “WE took a survey and people said they didn’t like them” has been cited by Mars Wrigley as the reason why tubs of Celebrations this year will not feature miniature Bounty bars, but insiders have leaked a much more believable explanation. “We went to a meeting of all the chocolate distributors and at the end… Read more » THE FALLOUT continues from the shocking sermon delivered by a priest at a mass service in Listowel, Kerry when he uttered some of the core beliefs most closely associated with Catholicism. “This has come completely out of nowhere. I had no idea, to think the Catholic Church was hiding in plain sight, disguising its true… Read more » 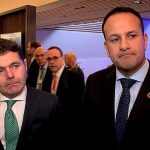 POLICY experts and government advisers have confirmed once again that the vast bulk of the Nation’s corporation tax revenue coming from a handful of companies is merely a sign of an incredibly secure, vibrant and in no way overexposed economy, WWN can reveal. Latest exchequer figures show the State is on course for a record… Read more » AN IMMEDIATE recall of an anti-aging skin creme has been ordered by authorities in Europe after the product proved to be far too potent, WWN can reveal. The family of 60-year-old French woman Isabel du Pont are suing L’Oreal cosmetics after their rejuvenating anti-aging moisturiser reduced Mrs Du Pont to a toddler overnight. “Yes it… Read more » OIL cartels across the planet have today officially thanked Russian President Vladimir Putin for his ongoing conflict in the Ukraine, giving Big Oil all the reasoning it needs to curb supplies and keep prices high. Posting its second-highest quarterly profit on record, BP is now delivering a windfall for its investors while the rest of… Read more »