AS THE SHADOW of an another election emerges upon the horizon like a glorious sun-shaped pile of excrement, stinking everything up and covering it in darkness, many astute political commentators have observed that to the average voter there appears to be next to no difference between the country largest parties; bitter rivals Fine Gael and… Read more » A MIXED race couple who have been living off of state benefits for a number of years have decided to emigrate from the UK to America in a bid to secure a better quality of life for their son, Archie, WWN has learned. Citing ongoing racism and a classist society that has left the family… Read more » 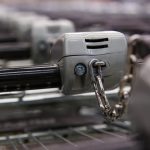 USING advanced technology first utilised by the supermarket industry, the Minister for Health Simon Harris has launched new A&E trolley bays with euro coin slots to curb the problem of overcrowding. “We’ve looked at why there’s record numbers of patients on trolleys, and since we already know it’s nothing to do with the government or… Read more » WITH prices rising by as much as €413 per pupil per year at some fee-paying schools it is becoming increasingly expensive for parents to provide their children with the chance to develop a grating pseudo-American D4 accent, WWN can reveal. ‘Growing demand’ for private education is being used by private schools as the reason for… Read more » WITH near impeccable timing, Waterford native Ian Conleth and his wife Jean have welcomed their first child into the world right as it begins the final countdown to the war that will end it, WWN can reveal. The as-yet-unnamed baby boy was born this morning at 6.30am weighing 6lb 8oz, just as the early doors… Read more » AN INDEPENDENT investigation is underway at a county Limerick restaurant this Monday evening after a portion of fish was reported to have smelled and tasted like fish, WWN can confirm. Staff at The Clam Pot have expressed concern over the unusual case, forcing management to close the establishment temporarily until a full investigation is complete…. Read more »

THE IRANIAN military has hit US bases in Iraq. Ballistic missiles fizzed through the sky on their way to making explosive impact on Iraqi soil, the Middle East, and political stability across the world. When such catastrophic things occur, there’s only place you’ll find the president of the United States and that’s in the ‘situation… Read more » IT’S all change in the world of Northern Irish politics, as the DUP have announced that they are willing to get back into talks to restore the NI Executive, having recovered form last year’s horrific under-bus mangling that they suffered during Brexit negotiations. Having seemingly turned over a new leaf, the DUP released a comprehensive… Read more » THE IRANIAN government is now officially pursuing a ‘hands off’ approach to retaliating to any further attacks by US President Donald Trump, with senior military officials in the Middle Eastern country concluding there was nothing more damaging to the safety, health and prosperity of American people than simply leaving Trump to continue running the country… Read more » WWN has put together a nice little bedtime story about a young boy named Conor and his imaginary friend called Donny. ﻿