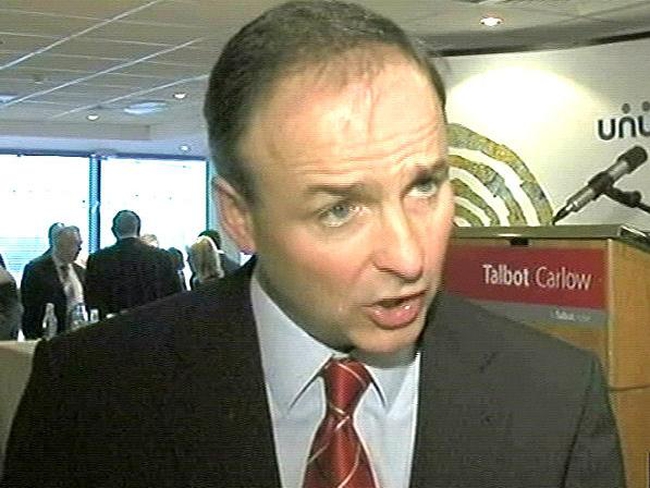 The H-S-E formally launches on the 1st of January 2005 but the process is underway to move away from bloated budgets and needless waste of money in areas that do not pertain to the staffing and maintaining of hospital beds, which will transform patient care in Ireland.

“Just to stress when we say ‘transform’ we deliberately didn’t say if it was for better or worse,” confirmed minister Martin.

“But it’s the 21st century now. We need a health service that reflects that, imagine Irish citizens of the future learning hospitals used to operate on an archaic paper system to transfer patients records between hospitals, imagine!”

Waterford Whispers News is happy to repeat uncritically that the new executive will end unnecessary waiting lists, Bertie and the boys have done it again! The days of underpaying and undervaluing staff educated and trained here at the taxpayer’s expense only for them to move abroad are over.

Nor will the health service be bloated, inefficient and weighed down by bureaucracy.

For years people have claimed what’s needed to whip the public service into shape is a no nonsense businessman, and the government clearly agrees as it is appointing former managing director of AIB Kevin Kelly to chair the new HSE board.

“In this streamlined client-focused, end-user paradigm, the new Health Service Executive will offer the best care in the world and no patient will fall foul of cutbacks or service cancellations,” confirmed Martin.

Some early unpatriotic critics and miserable doomsayers have asked Fianna Fáil what’s this small print regarding ‘trolleys’ all about.

In the humble opinion of this publication this policy decision by Fianna Fáil could eclipse Minister for Education Micheal Woods’ smart 2002 decision to limit the Church’s payout for sexual abuse crimes (which seem on a tiny scale) to €128mn as the party’s greatest success.