DOZENS of countries who expelled Russian diplomats in March have agreed to allow the officials back after it was reported that they shot and killed Palestinians in the Gaza strip earlier this week. Originally deported from Ireland, the US, France, Italy and Germany, in solidarity with the UK over an alleged spy attack which is still… Read more » AFTER a recent spate of unsavoury incidents involving the intimidation of referees, Russia has proposed an innovative solution to the cancer on football that is professional footballers. Famed for constantly diving to win penalties, cheating to gain minor advantages throughout each second of a game and having shit haircuts, footballers are potentially the only element… Read more » US PRESIDENT Donald Trump has had to retract his angry statements about an ongoing FBI witch hunt, after a task force from the bureau managed to rescue a number of kidnapped children from certain death at the hands of a gaggle of witches who were on the verge of boiling them in a giant pot…. Read more » 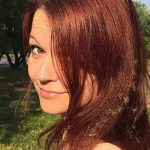 SOURCES close to Yulia Skirpal have confirmed that she’s ‘relieved and happy’ after surviving a nerve agent attack, which only comes second to the joy of being the centre of political wrangling between Russia, Britain, USA and the rest of the world. “She is gravely concerned for her father, but obviously thankful to be alive, but what has… Read more » 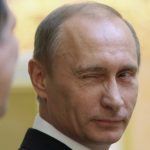 THE international community has agreed to adopt a ‘guilty until proven guilty’ stance towards Russia in relation to the nerve-agent poisoning of a former spy in Britain, following a deliberation that lasted as long as it took to say ‘well of course they fucking did it’. The Russian government, who have previously stated in no… Read more » 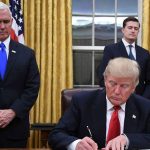 DESPITE pleas from his closest advisors, his family, his friends, his political allies, and the Russian government itself, US president Donald Trump has pressed ahead and constructed a ‘congratulations’ card for Vladimir Putin, who was elected for another term as president at the weekend. The card, constructed from the back of a cereal box that Trump… Read more » 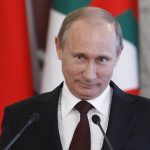 MAGNANIMOUS Russian leader for life Vladimir Putin has rewarded citizens who didn’t vote for him in the recent Russian election with free trains tickets, a charitable and generous offer praised by the 76.3% of people who voted for the 65-year-old. Those 23.3% of the Russian electorate misguided enough to have voted for other candidates might… Read more » HEY there, and welcome to Lovin’ Moscow. Got something special planned for one of your former comrades who now lives in a foreign country after seeking asylum due to leaking loads and loads of your very best state secrets? Well, you’re in luck! Today we’re going to show you how to make the absolute best… Read more » AN EMERGENCY stationery order has been placed by the staff at the White House, after it was revealed that current former Secretary of State Rex Tillerson was unable to clear out his desk due to a lack of those big brown boxes that you see people with in movies after they’ve been fired. Tillerson was… Read more » 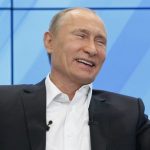 CALLED on by British prime minister Theresa May to explain how a former Russian spy was poisoned by the nerve agent Novichok on British soil, Vladimir Putin confirmed he would do just that after he stopped laughing. With his shoulders rocking back and forth in convulsions, Putin, along with senior Russian officials spent much of this… Read more »