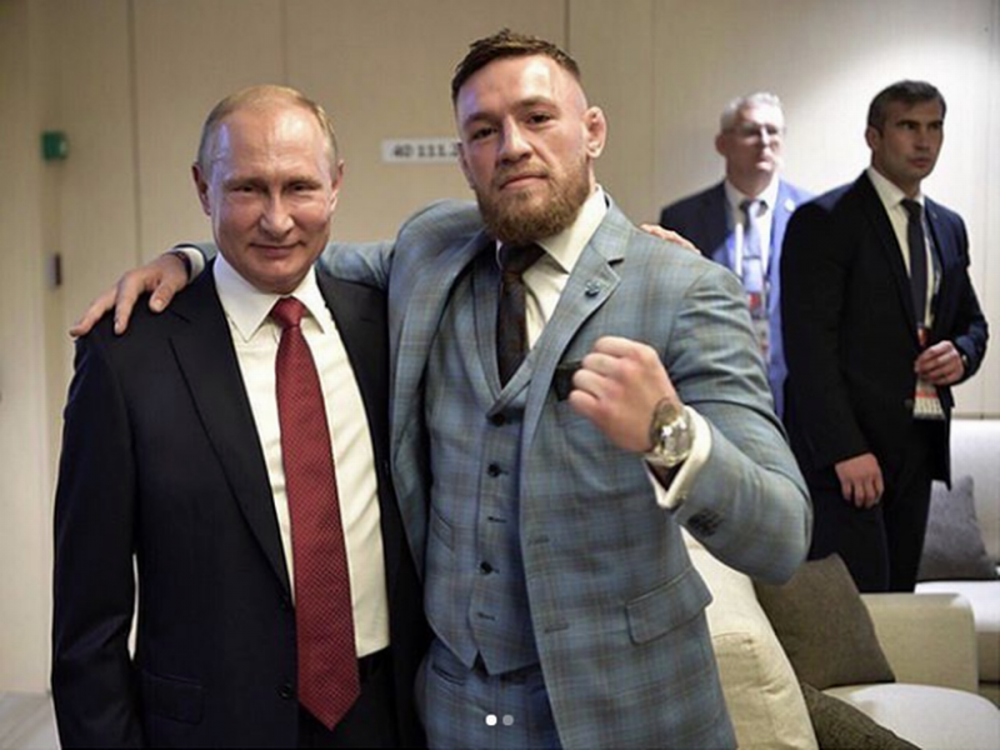 CONOR MCGREGOR has sought to clarify events around a photo of him with Russia leader Vladimir Putin which has resurfaced in the wake of the latter’s invasion of Ukraine.

Humble, and not one to praise himself, the brave Dubliner revealed there was more than meet’s the eye when it came to cheerful and happy photo taken at the World Cup final under which he wrote ‘This man is one of the greatest leaders of our time and I was honoured to attend such a landmark event alongside him’.

“Calling him one of the great leaders of the time was actually a ploy, you see I was going to choke him out, make him brown bread, but what you don’t see on the other side of the camera is a nuke directly trained on my cajones, the risk was too great,” McGregor now recalls.

“There was never a good time, despite being a uniquely skilled MMA assassination. That’s why there’s other photos of me sitting with him and watching a game. I did try though, I offered him plutonium tea but he said he didn’t touch that Lyons muck”.

“A full stadium – that’s too many witnesses, as a lethal weapon my senses are highly attuned to these things so I knew he was a wrong ‘un which I why I faked looking like a pig in shit, but it absolutely isn’t as it initially looked,” confirmed McGregor, of a damning photo.

Supporters have come out to defend photo.

“How was he supposed to know in 2018 that he was posing with someone who was a convicted criminal,” supporters of Russian leader Putin, who had bombed Chechnya, Syria, invaded Georgia and annexed Crimea at this point, said.