“DO you think I want this? Do you think I want to be president until 2036?” sobbed Russian premier Vladimir Putin, tearfully signing in new laws that would enable him to run for office two more times after his current, fourth, presidential term ends. “What makes you people think this is all the work of… Read more » THE on-again, off-again nature of the 2020 2021 Japan Olympics has left many athletes around the world wondering if it’s worth their while starting their day with an ice-cold litre of bull urine, WWN Sports can report. With Japan adamant that the games will go ahead this year after being cancelled due to the pandemic… Read more » THE RUSSIAN leader of an influential religious sect who claims to be Jesus Christ has been arrested and is to be sentenced to death by crucifixion for this Friday, WWN can report. Sergei Torop, known to his disciples as ‘Vissarion’, was arrested in a garden in Siberia late last night following a large supper with… Read more » WHETHER it’s sitting down for a nice cuppa and a purple snack at 4pm, or slipping a political opponent a flavourless nerve agent, it’s imperative that the right tea is chosen for the right job. But while most Irish people find themselves stannin’ the tannins in either Lyons or Barrys tea, neither tea brand has… Read more » 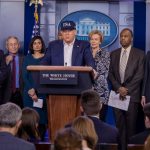 FOLLOWING condemnation from international leaders over Russia’s apparent poisoning of Putin critic Alexei Navalny with novichok, political experts fully expect US president Donald Trump to endorse the nerve agent as a Covid-19 cure for US citizens by the end of the day. “Chancellor Merkel said ‘this is a despicable and cowardly act – once again…. Read more » BLATANT Russiaphobia was on display yet again today in the biased Western media which unfairly began linking Vladimir Putin to the alleged poisoning of noted Putin critic Alexei Navalny, who is now in intensive care. Navalny, a lawyer known for producing online videos which succinctly explain the rank corruption inherent in Russia’s oligarchy, was traveling… Read more » RESPONDING to the 100,000 people in Belarus who took part in the country’s largest protest to date in the wake of a ‘contested election’, the EU has bravely told Belarusians ‘you are not alone’ and left it at that. Delivering the message from a Zoom call which placed the Belarusian people’s side of the conversation… Read more » CALLING a press conference to confirm Russia has ‘successfully developed’ a rushed through Covid-19 vaccine for which he has provided no proof of its supposed effectiveness, leader-for-life Vladimir Putin presented a series of successful vaccine volunteers to Russian state media. Delivering remarkable first-person testimonies of the miracle vaccine while lying in stiff horizontal positions, the… Read more » AS IT WAS confirmed today that German chancellor Angela Merkel’s emails were hacked by Russian military intelligence (GRU), Russian authorities have come clean about the operation and the deadly cost paid by its operatives. “It started out like any of the other 23,456 hacking of governments around the world that we’ve done; it was successful…. Read more »