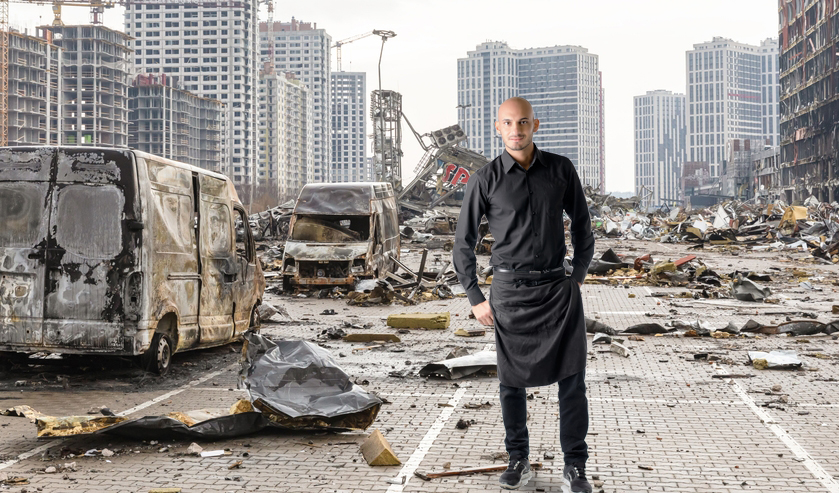 IRELAND hasn’t ruled out the notion of committing our army to an all-Europe defence force in the next few years, but in the meantime it has ordered a squadron of some of the nation’s most cantankerous old publicans to see if they can repel war-crime committing Russian forces from Ukraine.

As the barmen are technically a privately-governed body with no affiliation to the Irish Defence Forces, this will maintain Irish neutrality in the matter while also being a fairly bloodless solution; if the Russian soldiers agree that they don’t have to go home, but they can’t stay here.

“Our barmen will deploy around Ukraine, and mingle among the Russian forces while polishing glasses, turning chairs upside down and putting them on tables, spraying Mr. Sheen and generally tutting loudly,” explained Sgt. Micko ‘Big Mick’ McCann, owner of McCann’s in Waterford and the man in charge of the operation.

“Anyone getting rowdy will be told they’re barred, there’ll be no last orders taken, and we’ll start dimming the lights so that nobody gets too comfortable. We specialise in generating a really awkward, borderline threatening environment that’s very conducive to getting people to fuck away off home. They say this war could linger for years; not as far as I’m concerned. There’s mass in the morning you Russian bastards, there’s cows to be milked. Out the fuck”.

Should the barmen succeed in driving Russians out of Ukraine, a secondary platoon of big fat bouncers will be deployed to the border to refuse re-entry with a curt but firm ‘not tonight, lads’.