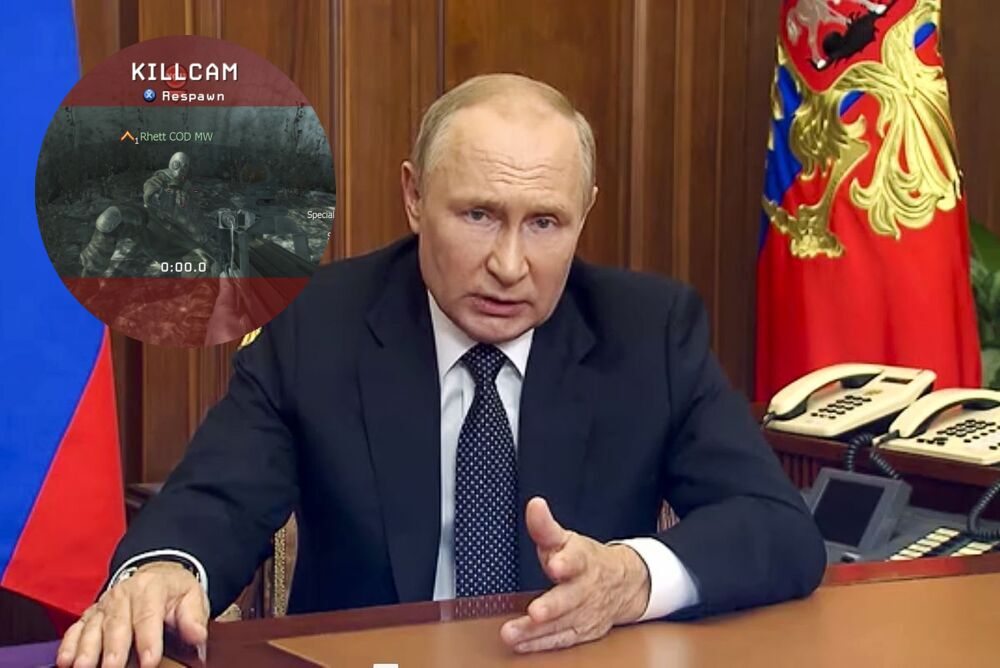 IN HIS FIRST live address to the Russian public since February, Vladimir Putin announced the mobilisation of Russian reservists to provide cannon fodder on the front lines of the illegal invasion and occupation of Ukraine.

“Wow, crazy busy six months sorry I’m only getting round to talking with you now. Where was I… oh yeah I’m now sending a lot of you off to die in my victorious Special Military Occupation which was supposed to last a few days” Putin said, in his trademark upbeat way as he revealed to reservists they had patriotically signed up for combat of their own volition.

Some 300,000 reservists will now volunteer by gunpoint to join the war crimes in Ukraine. Putin, fresh from huge loss of territory and his army down to rocket-mounted Ladas, is relying heavily on this all working like a game of Call of Duty.

“I have instructed my generals to tell the reservists, many of them young men, to respawn when they are killed in the same location and rejoin the fight. If you don’t respawn after dying, you will be court marshaled and shoot dead for a second time,” explained Putin, protecting the calm of a leader completely in control.

Careful to hit all the greatest hits Putin then went on to ruin everyone’s week by mentioning how he wouldn’t be adverse to nuking everyone while also striking a reassuring tone for worried family members of reservists.

“Don’t even think about getting a flight out of Russia for your brother, husband or father. One, they’re all already sold out and two, I have form on shooting down planes. Those of you looking for further updates on mobilisation will have to wait until the Kremlin officially denies information to know it is true”.

Elsewhere, ‘right this second’ has been declared as good a time as any for a Kremlin worker to etch their name in history by adding something a little extra to Putin’s next cup of tea.