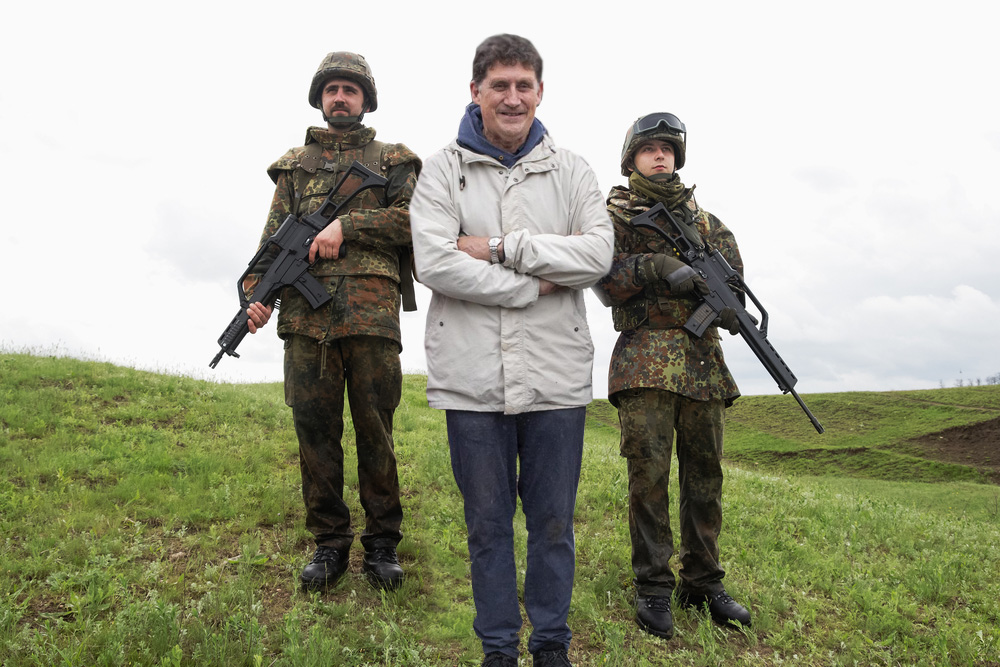 IN A MOVE that might explain the lack of police presence in West Dublin suburbs and the lack of naval presence off Cork during Russian navy manoeuvres, Eamon Ryan has arrived at the Ploughing Championships under armed guard.

“Out of an abundance of caution, our belief in the security services is that Minister Ryan would come under rapid fire shouting and name-calling from incomprehensible culchies and so we’ve prepared accordingly,” said one State security rep, speaking to us from a Tomahawk helicopter hovering over a field in Laois.

The security operation dubbed Operation Sleepyhead sees Ryan attended to by 4,000 military and police personnel on his walk through Ireland’s premier agri-sector get together.

“We assessed the threat of Eamon saying something like ‘every other sector has agreed to emissions higher than the agri-sector’ or ‘air pollution causes 3,000 deaths a year in Ireland so mass commercial turf burning is out’ and that’s why I have pulled the pin on this live grenade and am holding it tight – as a deterrent to any irate farmers thinking of approaching us,” added one Irish soldier, with previous experience of the US Navy Seals via YouTube compilation videos.

Planning for every eventuality security forces tried to arm Ryan so he could defend himself if he was separated from them but as a pacifist the Environment Minister declined saying he could deescalate any situation by asking people to partake in a yoga class with him, and failing that he has his wolves.

“We’ve implemented a crisis word ‘Lettuce’. If and when Eamon hears this, we will form a protective circle around him during which time he will don the flat cap and Healy Rae prosthetics we have supplied him with, this will allow him to make his escape unnoticed. We begged him to learn certain phrases for this scenario to throw people off the scent, but he cried when we tried to get him to say ‘I could murder a steak’,” said one exhausted security officer.