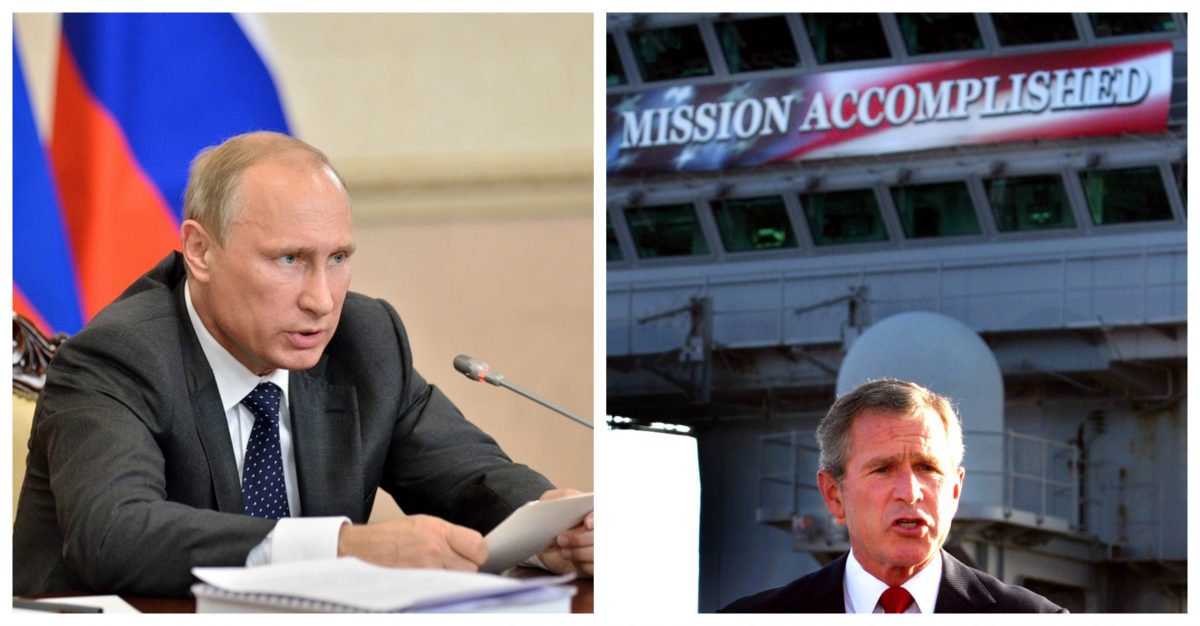 SENDING your army into a sovereign nation isn’t something one does without first considering how this is going to look to the rest of the world. As such, it’s highly unlikely that Vladimir Putin ordered his troops to invade Ukraine without at least taking a look at how it’s done by the United States, AKA ‘the best in the business’ when it comes to this sort of thing.

If Putin has been following Uncle Sam for the last couple of decades, he’ll have learned:

1) Nobody likes a bully

The simplest way to sell an invasion is to do so under the pretence that you’re going in to sort out a bad guy that’s throwing his weight around and needs his wings clipped. That’s how the United States invaded Iraq, twice! Two times!

As such, Putin simply needed to tell everyone that Ukraine’s President Zelenskyy was a Nazi, and was persecuting Russian people who lived in Ukraine. If it worked for Saddam Hussein, it will work here. Except selling Zelenskyy as a Nazi means ignoring the fact that he’s Jewish, but that leads us to our second point:

2) Nobody likes to be wrong

Putin knows that just like American people wouldn’t accept that incursions into Vietnam or Iraq or Afghanistan or Somali or [insert oil rich country here] were unjust because that would mean that they the people were stupid to have believed it in the first place.

Russian people will also grow to be overwhelmingly pro-war because who wants to be on the losing moral-highground-lacking side, right? Americans don’t have a monopoly on ra-ra patriotism, there’s plenty in Russia that can be exploited by billionaires to round up enough people to send to their deaths for no good reason. Speaking of which:

3) Nobody’s going to, y’know, go count bodies for themselves

Every war documentary contains the line ‘we’ll never know the true toll of the war’. Because who’s going to go and find out? If Putin has learned anything from the United States’ history of combat, it’s that people stop paying attention to statistics after the initial horror of war becomes just a normal day-to-day hum in the background.

With this in mind, he can continue to pour his own soldiers into the hot fire of Ukraine while simultaneously bombing the Ukrainians into oblivion, if nobody stopped him at 500 deaths, they won’t stop him at [insert truly horrific levels of widespread murder] either. However this may be where Putin’s plan differs from that of America, and why the international community has reacted in such strong terms against him – the people he’s killing are white.