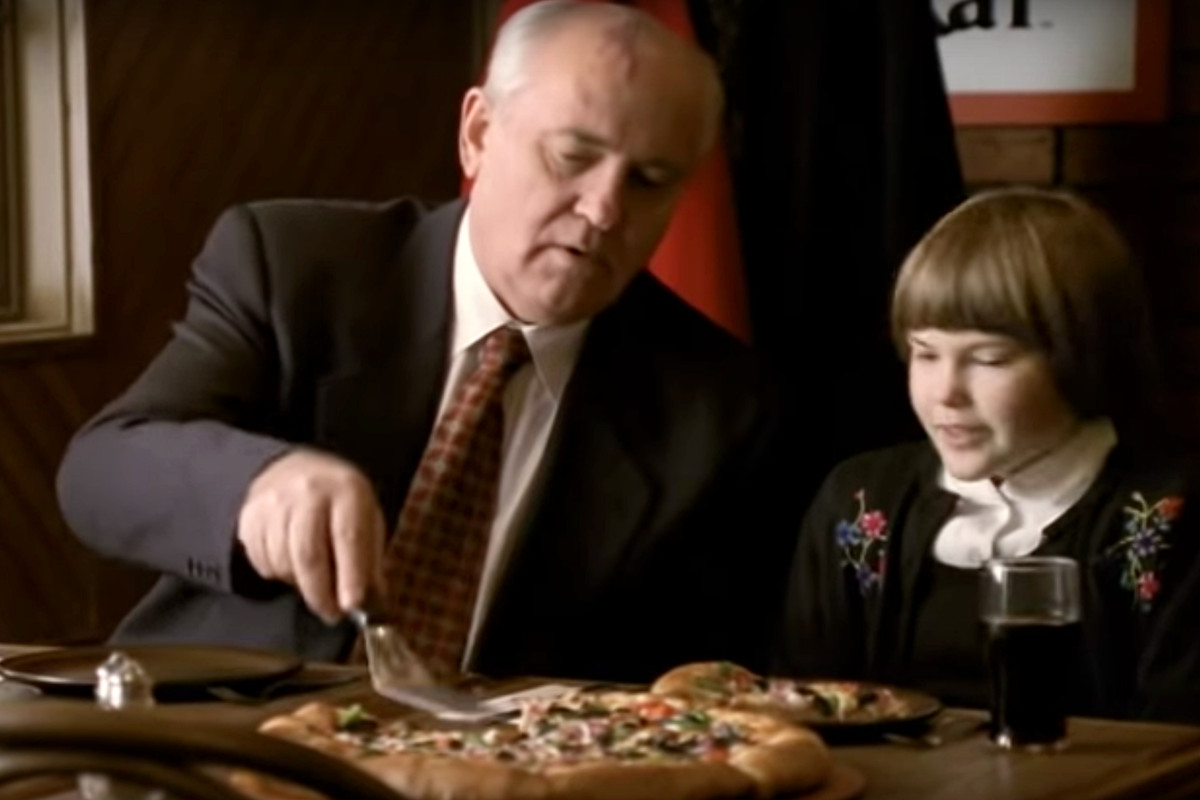 THE WORLD is in mourning after the passing of legendary Pizza hut commercial actor Mikhail Gorbachev, who has died at the age of 91.

A magnetic screen presence, Gorbachev was launched into international stardom after starring in advert for the pizza chain, after spending decades being passed over for major roles.

“I was this close to a role in Naked Gun, they said that with my distinctive birthmark I was perfect for the role but they choose some guy who looked exactly like me instead, i thought I’d never get my big break,” Gorbachev said years later when reflecting on his career.

A minor role in HBO’s ‘Chernobyl’ was to be his last on screen role.

In a 2020 interview after he bizarrely published a book called ‘What Is at Stake Now: My Appeal for Peace and Freedom’ in which he advocated for the demilitarisation of Russian forces and respecting Ukraine’s sovereignty of all things, Gorbachev credited living to an old age with never accepting Vladimir Putin’s offer of tea and cakes.

Prior to achieving fame in the TV commercial world Gorbachev had a career as the world’s foremost wall demolition expert.

“It is a sad day for Russia,” said an emotional Russian leader Putin as an aide strategically sprayed tears on his cheeks.

Putin, seemingly not satisfied with the reported deaths in their thousands in Mariupol alone, then went onto launch a fresh wave of attacks in Ukraine stating ‘it’s what Gorby would have wanted’.