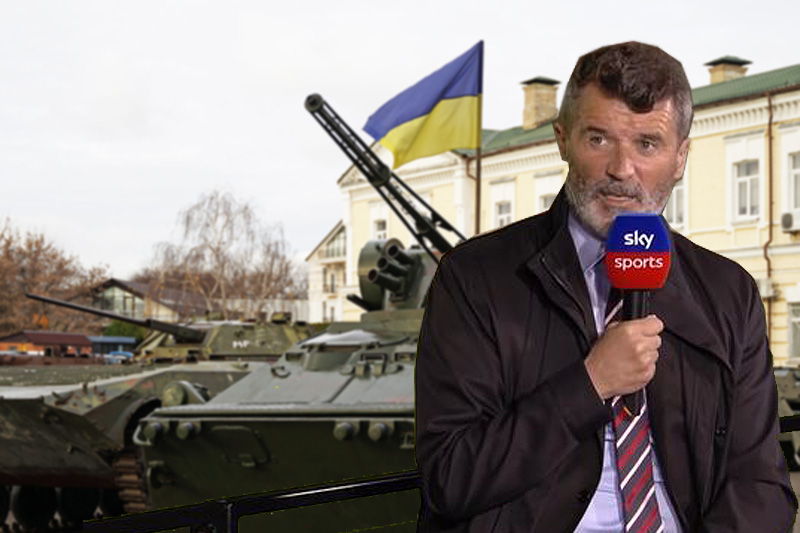 SKY Sports pundit and former Republic of Ireland midfielder Roy Keane has expressed his disgust at the way the Russian forces in the Kharkiv region of Ukraine were ‘taken apart’ at the weekend, stating that Putin’s troops were completely caught napping and deserve the losses they’re currently suffering at the hands of Ukrainian troops sweeping into the area.

“You can’t expect to be an invading force if that’s the way you’re going to be defending your positions,” fumed Keane, who needed something to criticise after all football was cancelled due to the death of the Queen last week.

“They came in earlier in the year and just parked the bus, no passion, no will to push forward, and they’ve been punished for it. To be fair to Ukraine, they were down a lot in the first half of this conflict, but you’d have to give them a fighting chance now. Incisive, forward-thinking play that completely caught the Russian army napping, that’s how you win wars”.

Keane went on to add that he fancies Ukraine for the upcoming home fixture in the Donetsk region, where the Russian army are now holed up in what is being described as ‘sub-Saipan conditions’.

“Now the Russian soldiers aren’t without blame here, but they can only go so far without a good managerial structure above them and Putin at the minute is about as effective as McCarthy in 2002, just a joker, a clown, and it shows on the field of battle,” blasted Keane, while his Sky Sports co-star Gary Neville advised him to not stand beside any upstairs windows for a while.