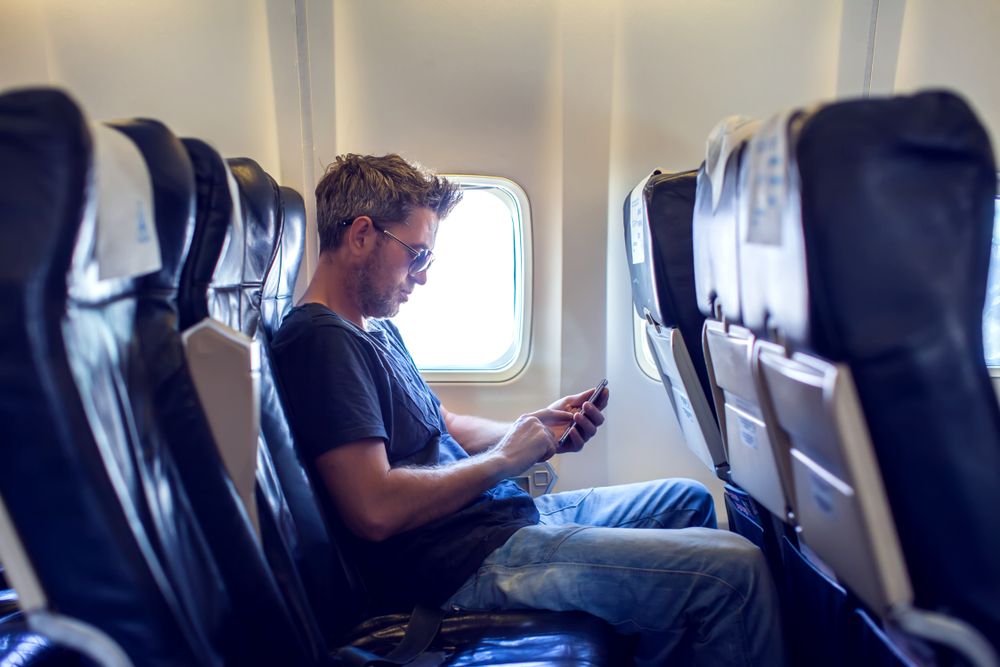 THOUSANDS of stranded passengers who missed out on flights from Dublin Airport at the weekend have been told to aim their blame at Meath man Cathal Durkan, who ‘just couldn’t wait’ until his flight from Newcastle had reached the terminal before checking his WhatsApp messages.

Durkan, who had been on a combination work event/ piss-up in England the previous day went on to apologise for his part in the outage, while Aer Lingus and the DAA made sure that everyone knew that this one ‘wasn’t on them’.

“We warn you people about this every god damned time,” shrugged Aer Lingus, who cancelled 52 flights at short notice on Saturday amid a ‘catastrophic operational failure’ which was later revealed to be Durkan sending ‘man with big dick’ memes to his pals.

“The announcement is always ‘don’t turn on your phone until you reach the terminal’, but this dumbnuts went ahead and switched off his flight mode and boom, shutdown. So, if you missed out on a wedding or a funeral or a concert or whatever, don’t blame us. It’s bad enough you all were blaming us for the security mess earlier in the year when it was all you panicky animals arriving four hours early that caused the whole thing”.

Meanwhile, passengers seeking a refund for the disruption have been advised to just let it go. What do they think is going to happen? They’re going to get compensated for their troubles in a swift and hassle-free manner? Cop on lads, this is Ireland.