GENEROUS British PM Boris Johnson will stop at nothing in his attempt to deflect attention away from an inquiry which concluded his Home Secretary, Priti Patel, bullied civil servants, subjecting them to volleys of abuse and is basically Nelson Muntz on steroids. “We can all have Christmas together in Wembley stadium, Ed Sheeran will play,… Read more » UNABLE to celebrate the milestone of hitting 50,000 Coronavirus deaths nor the latest batch of warnings about how catastrophic Brexit will be, British PM for England only Boris Johnson has had to attend to a fresh crisis following the resignation of his Communications Chief. Lee Cain has resigned from his position amid accusations that in… Read more » CELEBRATING a rare win by only losing a House of Lords vote on key parts of his Brexit bill legislation by 268 votes, Boris Johnson is keen to distract by people by drawing attention to someone, anyone not wearing a remembrance poppy. “Look, over there,” said a panicked Johnson pointing in several directions trying to… Read more » THE CONSERVATIVE government is today hailing yet another Brexit breakthrough with the announcement that they have signed a ‘win-win’ trade deal with newly discovered possible signs of life on the economic powerhouse of planet Venus. “This is a triumph for Brexit Britain, today we have signed a trade deal which will see Britain import, tariff… Read more » 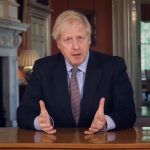 PULLING apart the sticky pages of his treasured copy of ‘The Art Of The No Deal’ book, British PM Boris Johnson has impressed everyone with his strategy of reneging on a deal he renegotiated and claimed was the pinnacle of political achievement. Looking to gain some insight into how you too can be a flawless… Read more » THE image of David Cameron inserting his penis into the head of a dead pig now seems like a cherished childhood memory according to a new poll, following yet another round of Brexit turmoil and strife, with all the major UK players now seemingly ‘even worse bastards’ than ever. As Prime Minister Boris Johnson prepares… Read more » 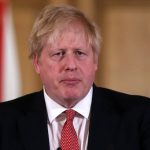 IRELAND’S coveted spot on the list of countries able to point at Britain and laugh may be in jeopardy today following a number of embarrassing gaffes and blunders by the Irish political establishment which have eroded our moral superiority figures for 2020. Although public smugness rode high on a wave of Britain-based mockery following the… Read more » SEVERAL battle-hardened former war journalists were forced to leave a press conference earlier this morning after falling ill, as Prime Minister Boris Johnson went into excruciating, intimate detail about how he gave his girlfriend Carrie Symonds ‘a gosh darn good knocking up’. Johnson, 55, and Symonds, 24 years younger than that, had announced their pregnancy… Read more » AN AUSTRALIAN style ‘points based system’ for immigration is set to be implemented in a post-Brexit Britain, Boris Johnson’s government has revealed. Far from being a worryingly predictable development that could see a dramatic shortage in so-called low-skilled workers, such as nurses and carers, that could serve as a sucker punch to a beleaguered economy,… Read more »