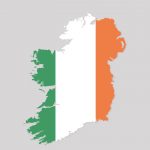 ALTHOUGH a new government has yet to be formed from the aftermath of GE2020, a freshly-invigorated and triumphant Sinn Féin have already begun to lay the groundwork for a Unity Referendum; an all-island poll to gauge the desire to finally reunite Northern Ireland with the Republic, a question that has been brewing in the four… Read more » THE GREAT British public are luxuriating in the afterglow of yet another day of being safely out of the clutches of the evil EU, with today’s Great Brexit Empire Triumph™ coming in the form of Prime Minister Boris Johnson’s aides banning journalists, who write things in papers and on websites he doesn’t like, from an… Read more » WITH the passing of Brexit Day has come the first of a number of required measures being implemented by the EU, in accordance with Britain carrying to conclusion the Withdrawal Agreement, WWN can reveal. Large tankers worked round the clock over the past weekend to reorientate the locations of the islands of Ireland and the… Read more » WAKING up on this, the first morning of a liberated Britain, free from the shackle of oppressive EU bendy bananas, one local Brexiter has confessed to feeling a little deflated to learn that no foreigners have been rounded up and placed on trains out of the UK. “We’re free from the EU now, I’ll admit,… Read more » KEEN-EYED observers of politics were taken by surprise to learn Britain officially leaves the EU today and enters a minimum of 12 months in a transition phase dictated to by EU laws and regulations without having any say, such was the complete lack of attention paid to the minor event. What was always going to… Read more »

SLOWLY descending into the fiery bowels of hell while enthusiastically waving a miniature Union Jack flag, Nigel Farage has completed his life’s work and is to be welcomed into the piping hot bosom of the Devil, now Britain’s exit for the EU is secured. “My work here is done. Don’t cry because it’s over, cry… Read more » IT’S the most wonderful time of the year; Brexit is almost upon us! Is it just us, or does it seem to get earlier every year? Why, it only seems like a few months ago when the Brits were all up in arms about ‘borders this’ and ‘trade deals that’… and yet here we are… Read more » FOLLOWING Boris Johnson’s reiteration in the wake of the UK general election results that he will not grant permission for a second Scottish independence referendum, Scotland was last seen frantically sawing and hacking away at the 96 mile stretch of the Anglo-Scottish border. Hardy Scottish men and women have been working around the clock ever… Read more » 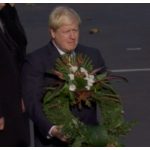 THE death has occurred of the United Kingdom, peacefully at its residence after a long battle with a deep, deep sickness. The UK had been on life-support since 2016, when deep divides between England, Scotland, Wales and Northern Ireland began to grow, forcing the British government into a coma-like state, where it remained until yesterday’s… Read more » AS BLUSTERING continues over the identity of the party leader that ‘came out on top’ in ITV’s leaders’ debate between Boris Johnson and Jeremy Corbyn, the British voting public was announced as the resounding loser. Pinpointing the exact moment the British electorate became the clear loser would require reviewing footage from any point over the… Read more »