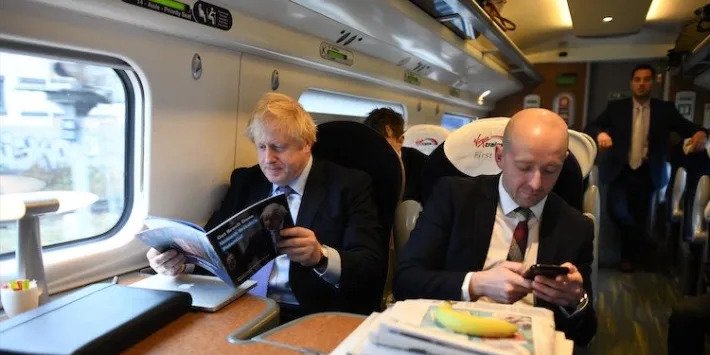 UNABLE to celebrate the milestone of hitting 50,000 Coronavirus deaths nor the latest batch of warnings about how catastrophic Brexit will be, British PM for England only Boris Johnson has had to attend to a fresh crisis following the resignation of his Communications Chief.

Lee Cain has resigned from his position amid accusations that in his role of Communications Chief at No.10 Downing Street he erroneously formed a coherent sentence, betraying his position as chief disseminater of bare face lies.

“We can’t be undermined like that, we’re trying to project an image of non stop chaos and an inability to function as a government,” explained the PM as he accepted that Cain would now vacate his position.

“It was not my intention to dishonour this government, and although a cogent communication informing the public on Covid-19 or something was sent in complete error, it was nevertheless my mistake and so I tender my resignation,” confirmed Cain deleting his resignation letter before sending it in a stunning return to form.

“But how in the hell are we going to gaslight the British public and send them conflicting messages which fail to conceal our complete and utter contempt for them?” shared Tory MP Michael Gove, forgetting for a second that Cain’s close pal, Dominic Cummings, was still there and that there is no bald twat shortage at No.10.

Seeking to reassure the public in a week that the post Brexit custom system is not fit for purpose and could ‘paralyse trade’ the PM spoke directly to the British people and said “don’t worry, we’re doing everything in our ineptitude to make it even worse”.