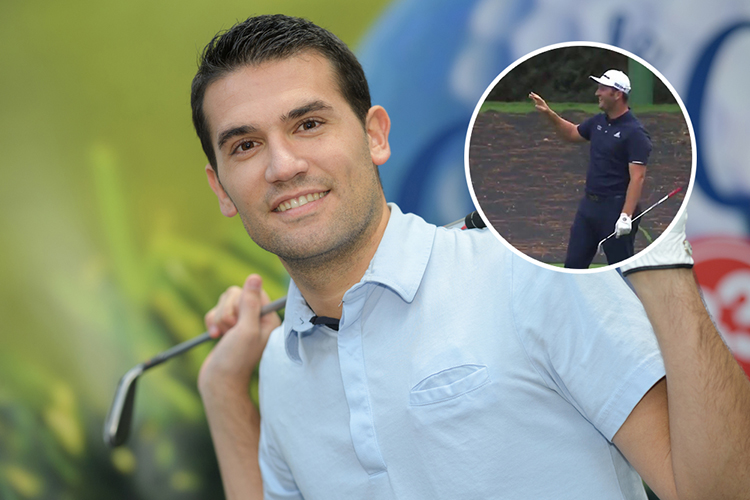 LOCAL man David Lyons has stressed to anyone who will listen that he was genuinely shocked at the wild reactions to Jon Rahm’s audacious hole-in-one at the Augusta par 3 earlier this week, confessing he thought the shot was fairly run of the mill.

“It’s been posted into all the WhatsApp groups I’m in like it’s a big deal or something but I’ve done that skim off the water hole-in-one trick at least three times,” shared Lyons, who just walked up to us on the street and started talking.

Lyons added the caveat that this was ‘awhile back’ and before an injury to his shoulder, which he demonstrated by stretching and grimacing several times, put paid to any thoughts of turning pro.

“It’s actually easy enough, well for someone who plays off 7 without even trying like myself,” added Lyons, presumably not given to telling tall tales at all, at all.

The golfer added that he didn’t mean to dampen any of the praise Rahm has received or the joy people have gotten from the remarkable moment, but he did it first.

“Actually the 9th hole down the Tramore pitch and putt is probably longer than the one in Augusta being perfectly honest, and being by the coast with the wind and that, it’s effectively a links course but yeah fair play to the Spaniard it was a decent effort by him,” mused Lyons.