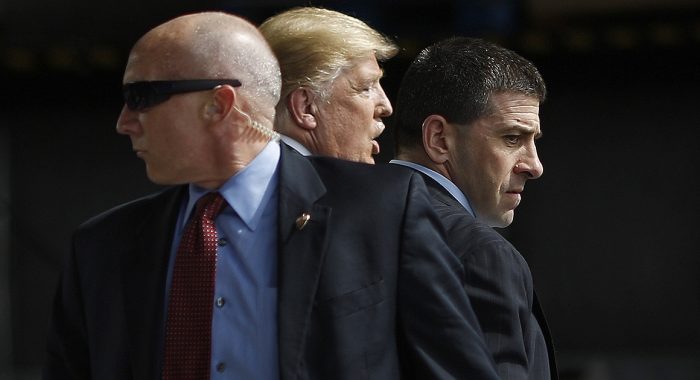 OPERATION ‘Maybe It Was A Car Backfiring’ has been put into place by the Secret Service, in a bid to remain free of blame should anything happen to refusing-to-go president Donald Trump between now and inauguration day.

With President 45 still angrily contesting the outcome of the recent election, security teams at the White House have expressed a desire to not live the rest of their lives pooping into a bag because they had to contractually leap in front of a gunman to save Trump’s life, with many stating they would agree to a flesh wound to the arm or leg, max.

This comes as staffers in the White House have awkwardly inquired as to whether or not the outgoing president should get an invitation to the Christmas staff party, as technically it’s for staff only and if the recently fired Defence Secretary Mark Esper wasn’t getting an invite, then should the recently fired president?

“There’s a real ‘running the clock down’ vibe in the house at the minute” claims one insider.

“Big Orange, as we call him, well, he’s not making any of us look good at the minute. So do we really care if his Diet Coke isn’t exactly the way he likes it? Are the Secret Service lads really going to bother saving his life if anyone tries to cap him? As for Melania, well, she can go up in the attic and get the Christmas decorations down by herself this year”.

Meanwhile, President Trump had to apply his own make-up again this morning after his usual lady rang in sick for the fourth day in a row, even though her Instagram shows her at the beach.