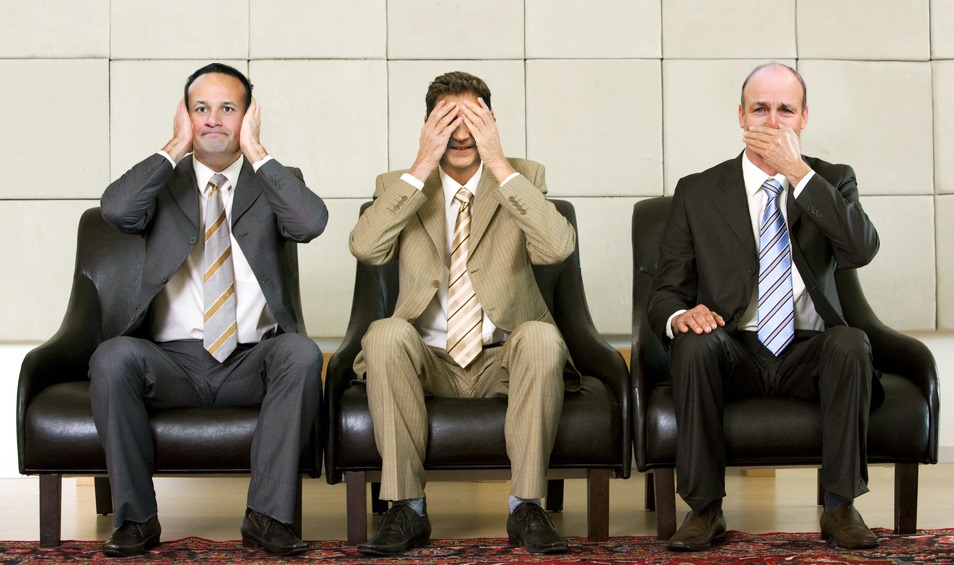 IRELAND’S coveted spot on the list of countries able to point at Britain and laugh may be in jeopardy today following a number of embarrassing gaffes and blunders by the Irish political establishment which have eroded our moral superiority figures for 2020.

Although public smugness rode high on a wave of Britain-based mockery following the advent of the Coronavirus pandemic, the second half of the year has seen a sharp spike in the Irish political-fuckery index which has, alarmingly, lead to a huge rise in British chuckling.

“Did you see their Green party leader fall asleep during a vote on raising low-paid worker’s wages? Fuckin hell, mate” laughed one Brit, mere months after Irish people were memeing Jacob Rees-Mogg for falling asleep in the House Of Commons.

“And hey, remember they laughed at us for Cummings breaking lockdown rules? Well he was just an advisor. Yesterday, their actual Minister for Agriculture was at a boozy knees-up with several other high level politicians”.

Meanwhile, Taoiseach Micheál Martin is battling to get ahead of the mockery before it reaches mainland Europe, where Ireland had hoped to lord it up during the upcoming Brexit negotiations.

“I ask more of you now than I have ever asked,” the Taoiseach pleaded with ministers. “The tans are making a show of us. Could you all keep a lid on it for a while, for the love of God. At least until Prince Andrew gets lifted for noncing. We can all do our part to turn the tide of this, and get the world laughing at Britain again”.