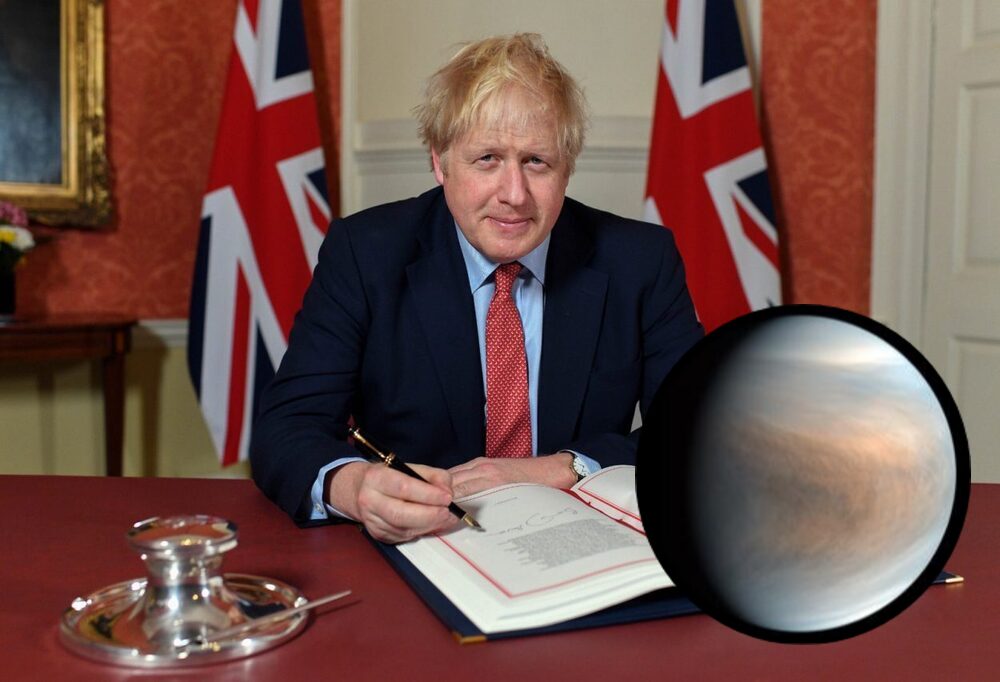 THE CONSERVATIVE government is today hailing yet another Brexit breakthrough with the announcement that they have signed a ‘win-win’ trade deal with newly discovered possible signs of life on the economic powerhouse of planet Venus.

“This is a triumph for Brexit Britain, today we have signed a trade deal which will see Britain import, tariff free, Venus’ biggest export; inhospitable gaseous plains that will kill us all instantly upon exposure to it, and in exchange they might take some of our cheese,” confirmed UK trade secretary Liz Truss.

Adding to the sense of triumphalism, home sectretary Priti Patel has already threatened Venus with a famine if it fails to sign on the dotted line, and will puncture any dinghy making its way from Venus to Dover.

However, denying a trade deal has been formally signed, a spokesperson for Venus said the planet is reluctant to sign any deal with a collapsing blackout of ineptitude.

In the House of Commons, critics of the deal have said it is telling that PM Johnson appeared to be outwitted by yet to be confirmed microscopic bacteria. In angered response, Johnson said that’s no way to talk about however many children he has.

Heralding the deal as the greatest thing to happen to Britain since he himself was born, Johnson is expected to withdraw from the deal and call it an unworkable rush job sometime in the next 18 months.

Elsewhere, “you weren’t supposed to find us, can’t we have anything for ourselves? Piss off and annoy those pricks on Mars,” confirmed the all-female population of Venus in a brief statement.