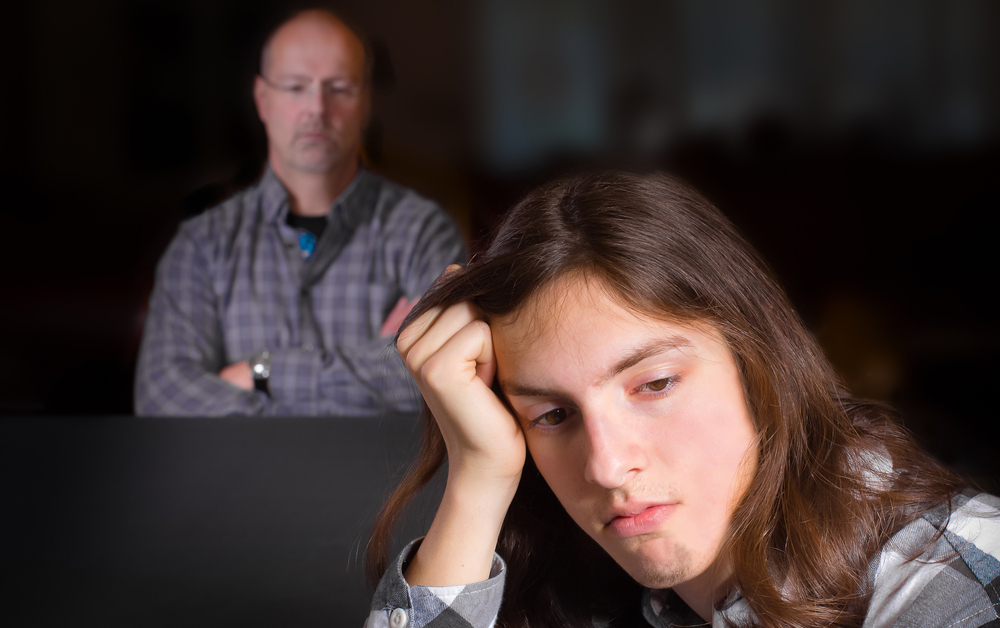 “It was meant to be the best moment of my life,” Damien Reynolds recalls the birth of son, now looking at a 16-year-old teenager, stropping around his home like a wet hanky, “just look at it, moping around the place, eyes rolling every time he’s asked to do something. Is this it? Is this what all the fuss was about?”

Reynolds is just one of millions of fathers across the world suffering from ‘disappointment syndrome’, which leaves parents feeling an empty void inside when looking at their unremarkable kids.

“To be fair, he did win that spelling contest in junior infants that time, but it’s just all gone downhill from there,” added the full-time dad, staring at his son scrolling through his phone, his greasy fringe covering one whole side of his face like a mop, “the fucking state of it, like, the sooner he gets a job and the fuck out of here the better for all of us”.

Disappointment syndrome experts believe that thoughts and feelings inspired by Hollywood movies and TV programs have given sufferers preconditioned expectations before having kids, with peers in fatherhood also creating a false ‘wow’ moment post birth.

“The doctor handed me my son after he was born and I was like, meh!” another Disappointment sufferer said, who also has a teenager, “some sick bastard previously told me that it’s the best feeling of your life and everything will change, well, he was right there, everything did change, mostly my disappearing finances and social life”.

Despite the chronic condition, the majority of sufferers still state they wouldn’t change anything if they had the chance to go back.

“They’re handy excuses for getting out of things all the same, like when you’re asked out by people you don’t like, ‘oh no, I have to mind the little fella’, which is basically the only reason for not going back in time and telling my old self to pull out,” concluded Reynolds.