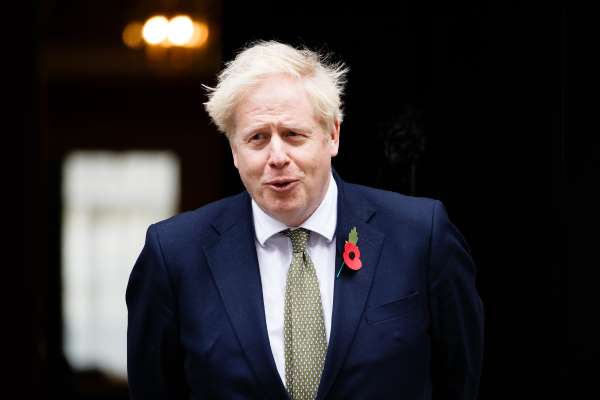 CELEBRATING a rare win by only losing a House of Lords vote on key parts of his Brexit bill legislation by 268 votes, Boris Johnson is keen to distract by people by drawing attention to someone, anyone not wearing a remembrance poppy.

“Look, over there,” said a panicked Johnson pointing in several directions trying to guide the public’s attention away from ‘Johnson Loses Key Brexit Vote In Commons’, which could in truth be a headline from any day over the past 16 months.

Despite his best efforts at distraction, a weary media have grown accustomed to the diversions employed by the leader who has recently inherited the title of World’s Most Inept Leader from the departing Donald Trump.

“We know he’s trying to distract us from something, but what exactly that is, well, there’s so much to choose from,” shared one journalist wondering if he was trying to distract from the Brexit Bill defeat, the end of free movement which will make it harder for British people to live, work, study or travel abroad to EU countries, another u-turn on starving children, dodgy Tory government contracts, or…

The fact the No.10 social media accounts congratulating Biden had failed to photoshop out remnants of a congratulatory message initially planned for Donald Trump, lockdown, former Tory leader and PM John Major stating that Brexit will be more brutal than anyone expected, has already ruined Britain’s reputation around the world and that there is a risk the UK itself will break up.

“See, look, that is the ultimate disrespect to our brave servicemen and women,” repeated Johnson, “to attend commemorations and not wear a mask is one thing, but no poppy – how dreadful,” added a desperate Johnson now accusing Covid-19 of poppy disrespect.