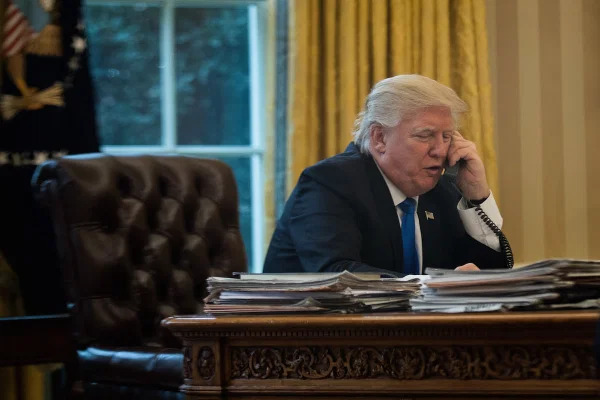 NEWLY unemployed and facing eviction from his current home, and all in the middle of a pandemic, Donald Trump’s friends are seemingly abandoning him at the very moment he needs them most, WWN can reveal.

“Listen much careful, you hears the tears in the voice,” shared former Trump friend Vladimir Putin, as he played WWN one of dozens of voicemails left by Trump.

“He asks ‘what do you do when they don’t vote for you’ but cry like big baby haha,” Putin shared laughing at the thought of a naive Trump actually letting a democratic election go ahead in the first place.

More sources close to the newly phone shy authoritarian leaders explained that the leaders have started a new separate WhatsApp group that doesn’t include Trump, and he is no longer invited to the weekly Zoom quizzes.

“I think what hurt the most was not being tagged under funny videos on Instagram by Putin anymore, that was like his favourite part of the day” shared a source within the White House.

As respected political experts in America stress how important a well ordered transition of power and the institutions of America government to Joe Biden’s transition team will be for the American people, Trump has reportedly already begun the long and arduous task of defecating in every single room in the White House.