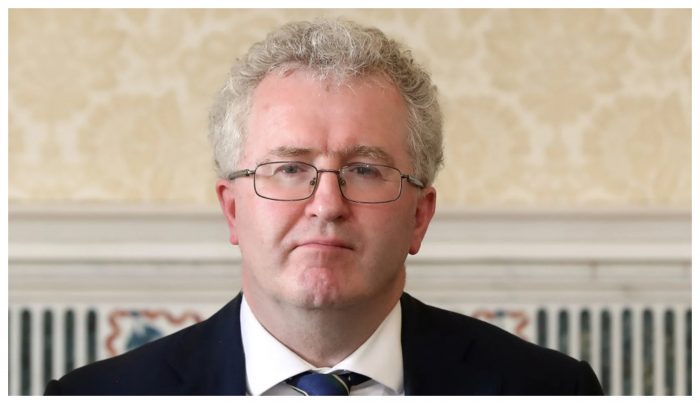 THE citizens of Ireland remain frustratingly close to understanding why Séamus Woulfe should be allowed to continue as a supreme court judge despite the continuing fallout from GolfGate, according to a new interview with the beleaguered Dublin native.

High-ranking politicians Dara Calleary and Phil Hogan long ago resigning from their posts following their controversial attendance at a golf outing during the height of the first wave of Covid-19 pandemic.

Many expected Woulfe to follow suit. However, this is going to happen over Woulfe’s crumbled nine-iron, according to sources close to the man himself.

“Since Covid began, rich, educated people such as Mr. Justice Woulfe have been expected to abide by rules put in place for low-income people with no third level educations to stop them from slobbering all over each other in dingy house parties” said a source close to a GolfGate survivors group known as Clifden Edge.

“And people know this; you see it in comments sections all the time, ‘Oh so it’s do as I say, not do as I do?”; yes! That’s exactly it. So fine people such as Mr. Justice Woulfe really struggle to understand why people, who seem to know what the deal is, still get sore-holed about it when it happens. It’s hugely frustrating!”.

“The Covid-19 restrictions were intended for the masses, who slobber all over each other at parties in 2-bedroom houses while living up to their ‘great unwashed’ moniker” explained Séamus ‘call me Mr. Justice’ Woulfe.

Woulfe remains optimistic that he can ‘stick it out to Christmas’, at which point everyone should have forgotten about it all and he can go back to work as normal.