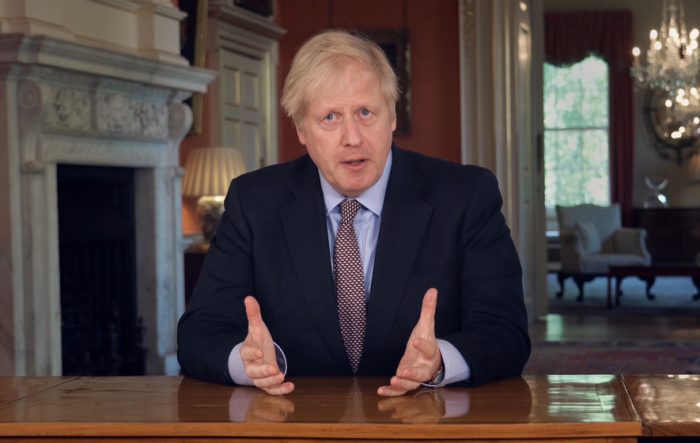 PULLING apart the sticky pages of his treasured copy of ‘The Art Of The Deal’ book, British PM Boris Johnson has impressed everyone with his strategy of reneging on a deal he renegotiated and claimed was the pinnacle of political achievement.

Looking to gain some insight into how you too can be a flawless and masterful trade negotiation genius? WWN has amassed Johnson’s top tips in one handy place below:

– First you must think like trade deal champion Boris, but how? It’s easy – drag yourself backwards through a hedge and place yourself in a washing machine and put it on a spin cycle. Do you feel dizzy, disorientated, and are you struggling to make coherent sentences? Brilliant, you’ve just Boris’d your brain!

– Wear a self-satisfied shit eating grin at all times.

– Next sign on the dotted line of your deal and declare it a monumental success. Make sure to complain months later that it was signed ‘in a rush’ but omit the fact it was you who insisted on rushing the deal through just so you could call an election and use the deal to get voted back in.

– Piss on your own trousers and tell the EU it’s raining. Ha, fooled them good.

– Protect the Good Friday Agreement by breaking its terms by withdrawing from the deal that ensured it remained in place. No, we don’t understand this one either.

– Dispatch your ministers to TV and radio interviews to explain how breaking international law is actually how you gain trust with countries you want to trade with.

– Lull those you’re negotiating with into thinking you’re an incompetent idiot and then surprise them by confirming the reality of this at every turn. Then celebrate securing a trade deal which will see the tariff free export of cheese to Japan; a country with possibly the highest incidence of lactose intolerance in the world.

– Be so bad at being British PM that even the DUP complain about how you’re trying to destroy the Union.

– Are people beginning to doubt your prowess? What you need is a distraction. Why not scream ‘Moonshot!’ and make up some nonsense about plans to produce 100 million Covid-19 tests out of thin even though the plan/verbal diarrhea you’ve outlined requires technology that hasn’t even been invented.

– Are they still talking about how your negotiating skills are more embarrassing than soiling yourself live on TV? Why not introduce new Covid measures restricting people to groups of no greater than 6 people in a home. Added bonus: now you won’t have to see all your however many children you have.

– Use your leadership to continue to shit on your own country’s reputation but only in a very specific and unlimited way.