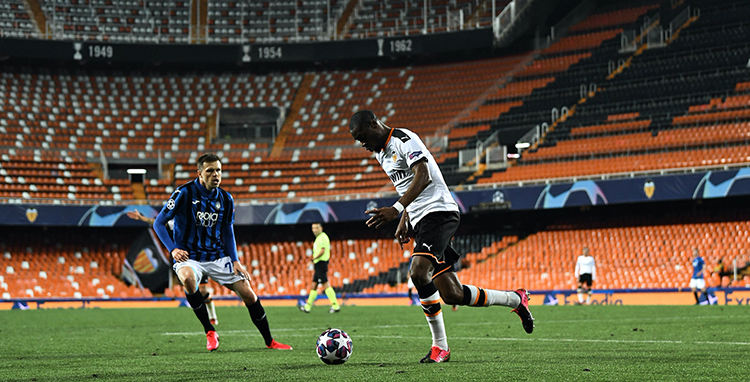 IN A BID TO properly recreate the match day experience ahead of the new season, Premier League bosses have ordered enhanced and even more realistic crowd noises be piped into living rooms and stadiums alike to recreate the verisimilitude of football, something a number of non-white players have openly wondered is ‘really necessary’.

With games still being played behind closed doors as the 20/21 kicks off, a team of voice actors are currently updating the voicebank of terrace chants that can fill stadiums at the flick of a switch, making the players on the pitch feel like an actual crowd of hostile racists are abusing them with every kick of the ball.

“Have a banana you, ooh ooh ooh you’- ahem – sorry, let me do that again…'” roared one ‘terrace actor’ in a recording booth in London, working through a 900 page script before turning to us.

“It’s easy work this, you just chant and sing all the slogans they have written down here. I do it every year for the FIFA games, for their crowd noises. It’s basically the same, except FIFA don’t allow you to chant shit like they’ve got written here. Well, FIFA the game don’t allow you, that is”.

Premier league players have pleaded with bosses to simply excise the racist chants, having grown accustomed to playing football free from vile bigotry and relentless, unchecked abuse. However there are fears among Premier League brass that removing racism from the game may result in poorer results from players.

“If you have a crowd that is constantly telling a player that they consider them to be sun-human, maybe that player just plays a bit better to prove them wrong”, offered one fucking idiot.

In a bid to get playing back onside, the Premier League has promised to double empty gestures and half all fines for such abuses.