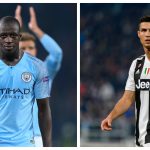 THE SHOCKING news that Man City player Benjamin Mendy has been charged with four counts of rape has led the Premier League champions to suspend the player but it is not thought it will affect their emerging pursuit of Cristiano Ronaldo. “It must function in the same way teams have to have a certain number… Read more » SEEKING to maximise the output from their newly installed signing Lionel Messi, the Qatari government’s ‘Qatar Investment Authority’, which owns PSG is set to also employ the €35 million a year striker on another, more physically demanding project. Known primarily for his silky skills and an ability to make PSG millions in shirt sales, Messi… Read more » 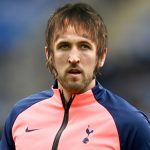 IN THE LATEST petulant act part of an attempt to force a move to Man City Harry Kane has unveiled a new hairdo and is believed to be using a dialect coach to perfect his Mancunian accent, WWN can reveal. Failing to report for training appears to be just the tip of the iceberg for… Read more » EMBROILED in a late night drinking session turned photoshoot with women rumoured to be ensnaring him in an extortion plot, and now fresh from injuring one of the key players he’s manages at Derby, Wayne Rooney is having an awful week and it’s only Tuesday. WWN tempt fate on the United legend’s behalf by musing… Read more » THE CEO of Basketball Ireland Bernard O’Byrne has apologised and stepped down from his position after making the sort of controversial remarks your dad makes non-stop without anyone so much as challenging him. Known within your household as a ‘classic dad’ the social media posting aimed at Raheem Sterling is nothing compared to the remarks… Read more » A CAREFULLY coordinated effort by a substantial group of very intelligent English football ‘fans’, probably ex-SAS, who outsmarted Wembley security staff, police and Euros event coordinators or an explanation so scarcely believable it is the stuff of conspiracy theories? Could unbelievably poor planning and incompetence combined with with an attitude of ‘they’re white so leave… Read more » ENGLAND’s gallant run to the final of the Euros and subsequent loss to Italy in the cruelest fashion via penalties means football is going to Rome, but it’s not all bad news as in the aftermath of the game it became depressingly clear many English people made sure racism was staying home. Condemning the vile… Read more » FINALLY putting an end to speculation about his inter-county football career, Stephen Cluxton has confirmed he has stepped away from the game he loves to pursue something he loves that bit more, stand up comedy. “It’s a passion I’d have for a long time, it’s just in my nature I guess to laugh and joke,… Read more » AS IF the awarding of England’s decisive penalty wasn’t scandalous enough, further replays of the build up to the incident shows that as Raheem Sterling slalomed into the Danish box there were several hundreds other footballs on the field of play at the same time. Something referee Danny Makkelie decided to do nothing about, these… Read more » WWN regrets to inform you that you must begin making preparations to live the rest of your life underground in a bunker sealed away from humanity in the event of the unthinkable, now that it is no longer unthinkable. Spending much of the game on the front foot, England’s 20 plus shots on goals suggests they’re… Read more »