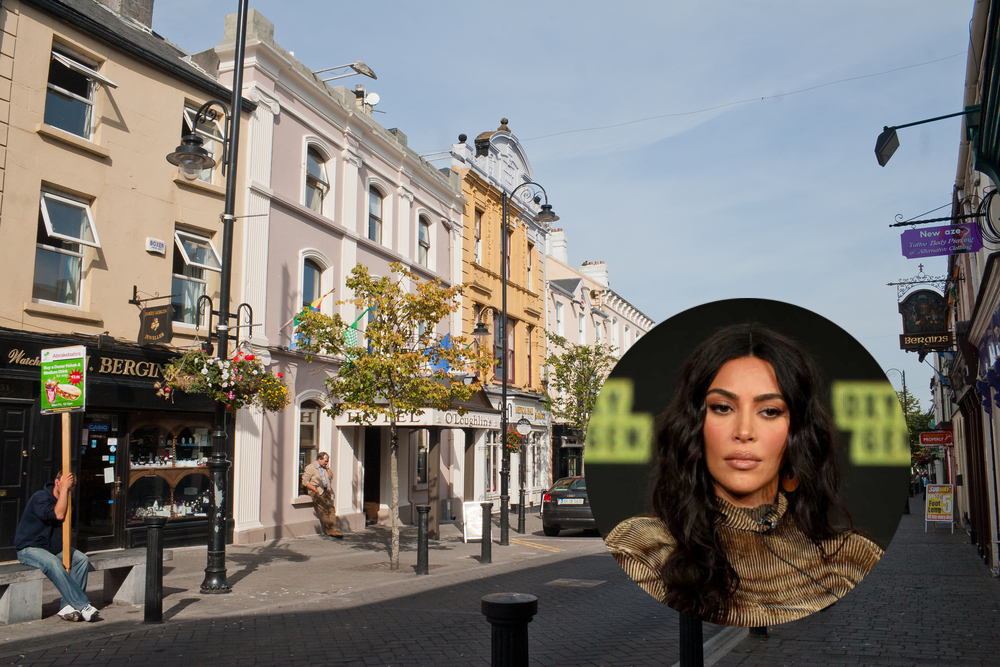 OVER six years since her horrifying honeymoon in Ireland with her husband Kanye West, reality TV superstar Kim Kardashian West has admitted that there are times she lies awake in bed, replaying the ordeal of the Irish midlands over and over in her mind.

“She says she can still hear the voices in her head; ‘Jaysus, it’s yourself and himself is it?’, they ask” said Kardashian’s Ireland-specific therapist Dr. Lonnie Arkwright, speaking exclusively to WWN.

“I’m helping Mrs. Kardashian West to deal with the complex emotions that she’s dealing with, especially around this time of year when her wedding anniversary passes by and she’s catapulted back into the cinema in Portlaoise, having had to buy a bag of Wispa Bites and a frozen Fanta off a Laois ‘young fella’. The therapies we go through are very similar to the ones that other celebs have used after visiting equally horrific places, such as Diana when she went to all those minefields in the 90s”.

As Kim struggles to come to terms with her terrifying fLaoisbacks, sources close to the powerful family say they’re still unclear as to what brought the couple to Ireland in the first place.

“From a wedding in Florence, Italy to a honeymoon in an Irish town most famous for its jail… it just doesn’t add up” said one former member of the Kardashian arse-inflation staff.

“You just have to believe that they lost a bet, or something. I do remember when they got back, Kim was furious with Kanye for like a full month. He kept trying to calm her down with bags of Tayto crisps, which he had become addicted to during the trip. Oh yeah, should have mentioned that; Kanye loved Ireland. Loved it. Never stops talking about the place, he had a great time”.