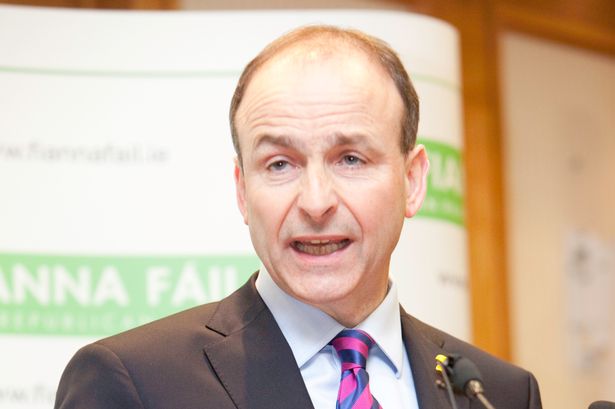 THE SUDDEN cancellation of the routine daily Covid-19 briefing was announced to make way for the reassembly of the Emergency Celtic Tiger Containment Unit for the first time since 2011 as it warned of a lethal second wave of Fianna Fáil, WWN can confirm.

“We must suppress this disease in the community, where it can spread silently without any impediment,” shared one ashen faced member of the ECTCU, pointing to terrifying old and dusty graphs from the 2000s.

“We thought we killed it off, we thought we had a vaccine, but it’s clear some asymptomatic carriers have always be lurking in plain sight as the virus built up resistance to the vaccine,” added another health official, before urging people to look out and be aware of the signs.

“Jobs for the boys, brown envelopes, talking about buying 18 apartments in Bulgaria, telling people devastated by poverty that ‘we all partied’. Know the signs and report them as soon as you can. We have to act fast folks or another generation’s hopes and dreams will be lost for good,” added the official.

The effects of Fianna Fáil during the first devastating wave from dawn-of-time until 2011 were often offset by mass emigration, meaning some people could escape before the ill effects ravaged the body, the mind and the happiness of individuals, however, given the current global pandemic this may not be possible.

Elsewhere, health authorities have taken steps to reassure people experiencing a fever, nausea and iridescent rage that these are just symptoms of Fianna Fáil swanning back into power.