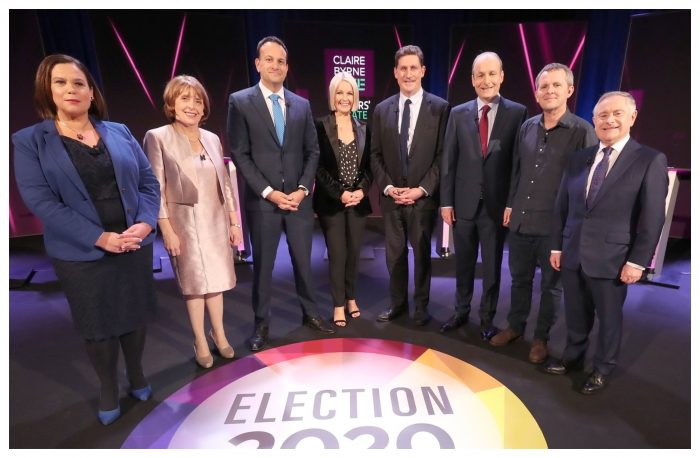 THE IRISH voting public have been warned that they risk ending up with a coalition of left-leaning public representatives who have largely spent the last decade criticising the mismanagement of public services and a growing inequality in Irish society, such is the majority of people’s utter disdain for Fianna Fáil and Fine Gael.

“You fucking maniacs, don’t you see what’s happening? You could end up with the sort of government that might solve some of the problems you want solving; that’s not how it’s done here,” responded large sections of the Irish media and people named Oisin earning over €100,000 a year, horrified by the latest polls which suggest a grand coalition of progressive parties and left-leaning candidates could potentially have the numbers to form a government.

“Expect a large increase in people talking down to you about how Ireland will become Venezuela overnight,” explained one voter who fancied Ireland finally having a government without the presence of Fianna Fáil or Fine Gael in it.

“Prioritsing housing and health over, over, over… lining the pockets of landlords and multinationals,” shared one Fine Gael voter before dramatically fainting from the shock like a Victorian lady who’s corset was fastened too tightly.

Despite the worry that the public could potentially end up with a coalition of forward thinking progressive parties with public’s best interest at heart, it is believed enough people claiming they would rather piss on the grave of their families than vote Fine Gael or Fianna Fáil will decide to vote for them at the last minute out of habit and derail the chance of a meaningful change in direction for Irish politics.