THE government’s ‘revolving Taoiseach’ arrangement has spun its first revolution, with Micheál Martin now ‘more than willing’ to hand it back over to Leo Varadkar, after a tumultuous few months in power which has averaged a damaging cock up every six minutes. “I honestly didn’t think he’d last this long” smirked Varadkar, reading an email… Read more » THE GOVERNMENT’S top negotiators were cracking open the bubbly last night, after successfully talking the Coronavirus from a Level 5 total-country shutdown to a more reasonable, ‘everybody wins’ few weeks of Level 3 restrictions; an agreement sealed with a gentlemanly spit and handshake. “You just have to know how to talk to virus in a… Read more » ROLLING his eyes towards the heavens yet again Taoiseach Micheál Martin has ordered government officials to restrain Tánaiste Leo Varadkar so he can swap out his face mask for a muzzle, WWN understands. “If you’re not undermining me and the government by leaking every-fucking-thing to the press you’re tweeting about how middle class white guys… Read more » WITH the coalition government confirming that PUP recipients will no longer have their payments cancelled if they are found to have murdered someone gone on holidays, the government has performed its latest in a series of embarrassing headline-grabbing U-turns. Have you recently made a decision or taken an action you’ve since regretted? Perhaps the government’s… Read more » MACHIAVELLIAN political masterminds Fine Gael are quietly celebrating another recent rise in the opinion polls as their sly plan to leave Fianna Fáil and Green Party alone to be themselves is already going spectacularly well for the party. “I don’t think we could have planned this better if we dropped sleeping pills in Eamon Ryan’s… Read more » CURRENT Tánaiste Leo Varadkar has been taken aside by Taoiseach Micheál Martin and warned against replying to statements directed at the Taoiseach during Dáil questions, which has been happening ‘a little too often’ for comfort. “Leo mate, listen, when Mary Lou McDonald launches a scathing attack on ‘the Taoiseach’, you gotta remember that it’s on… Read more » IRISH VOTERS are taking no precautions after learning that Fianna Fáil and Fine Gael are shaking hands and therefore increasing the risk of harm to the public through the rapid spread of potential agreements in policies. While some have told the Irish public not to panic needlessly, urging them to wait until a formal agreement… Read more » WITH all the elegance and grace of a paraplegic sloth on quaaludes, Taoiseach Leo Varadkar awoke from his post election slumber to tear down the door of the electorate’s consciousness in the hopes of forming some kind of government that no one particularly wants. “Little pigs, little pigs, let me come in. Not by the… Read more » 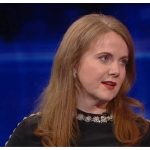 FINE GAEL Senator Catherine Noone has been given one of the most important jobs a politician could possibly be given during a general election campaign; staying behind and ‘guarding’ headquarters while everyone else goes out canvassing. Noone, who landed in hot water this week after referring to the Taoiseach as being on the autistic spectrum,… Read more »