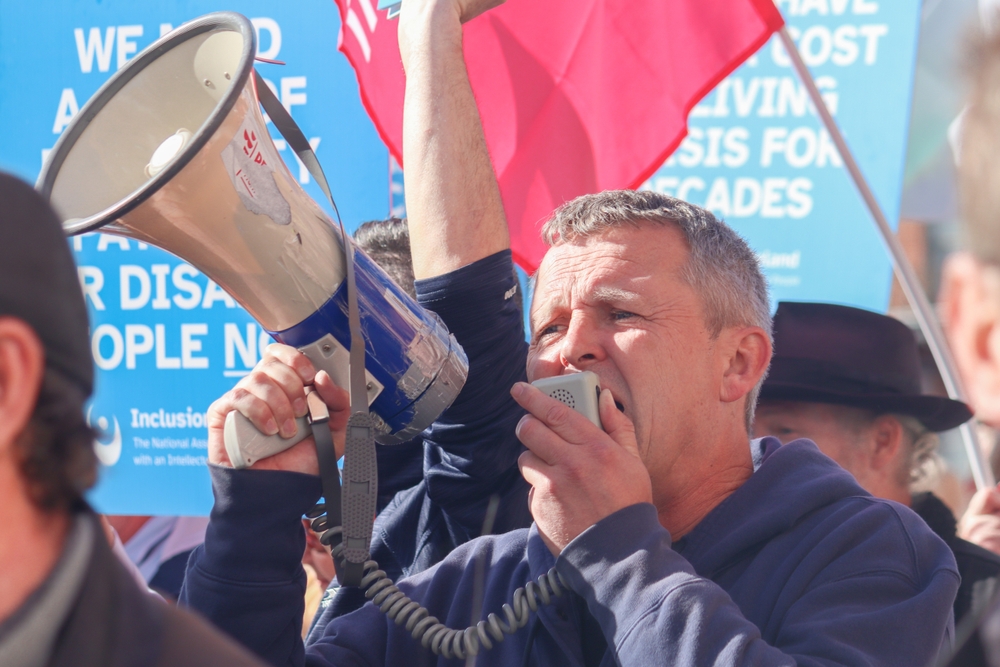 THOSE IN attendance at the weekend’s cost of living protest in Dublin may have felt it served as a clear message to those in power that everyone from families, low wage workers, students and small businesses are struggling and more must be done to help them.

However, it appears this is way off the mark and these protesters are seriously out of touch as revealed by the Fine Gael party, whose members kindly reviewed the protests for our readers:

“I think the joint speech made by Mao and Stalin was particularly galling. Gulags in Dalkey? I couldn’t believe my ears! The pension age reduced to 30 and the dole up to €4k a day? Utter madness!”

“I wore a disguise to blend in at the protest, I dressed in an old Viet Cong uniform, had a Che Guevara face tattoo and didn’t wash for a whole month but they could still make out I was Fine Gael, maybe it was the Range Rover”.

“I’ve made a list of everyone who was there and I’ve passed on their details to welfare, let’s see how they deal with the cost of living crisis when that’s cut”.

“Just as I was leaving Paul Murphy tried to nationalise me, it was very scary”.

“Quick, change the locks on their rentals while they’re all out”.

“The Sinn Féin checkpoints at the protest which required proof you earned under €70k before allowing entry were troubling”.

“Some of the rhetoric was so far left it came back around and started sounding a bit right wing, which I found very confusing”.

“The last time I saw this many hammer and sickles, I was at a Tory party fundraiser held in an oligarch’s London mansion”.

“The cheek of Sinn Féin attending that protest when they’ve been in government for the last 11 years. Don’t they know people earning over €70k are very stretched thanks to Sinn Féin’s economic policies, a disgrace”

“I wasn’t there myself, but I can’t believe they executed dozens of bankers. Just deplorable stuff”.

“I heard from my cleaner that there was only 50 people there, typical left wing RTÉ – just a mouthpiece for People Before Profit”.