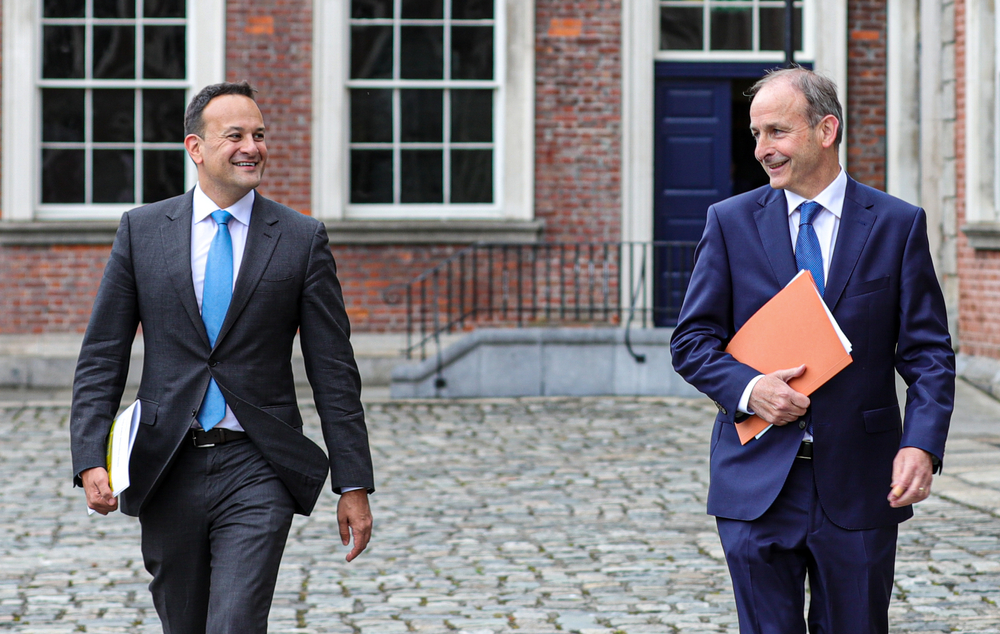 HAVING breezed through Sinn Féin’s 142nd attempt at passing a vote of no confidence in the coalition, the Micheál Martin fronted government celebrated by ramming through a planning bill which every single interested party that isn’t a money grabbing developer has labeled ‘a disaster’.

“It just feels like the perfect way to say fuck you,” confirmed one government TD, who only needed to hear how excited developers were to throw his weight behind a planning bill so convoluted and cack-handed experts say it will be the subject of years of legal challenges.

“Sinn Féin may not have confidence in us, but the big developers said we’re very good boys and girls, look they even made us a card,” added Minister for Housing Darragh O’Brien, beaming proudly at having added 48 last minute amendments to a bill that is incompatible with EU laws and impacts community groups’ ability to appeal planning decisions.

Pushing through a planning reform bill with next to no debate at a time the deputy chair of An Bord Pleanála stepped down amid internal investigations into his planning decisions has been declared ‘very appropriate, normal and not at all fishy’ by the government themselves.

“You see An Bord Pleanála have lost 32 out of 35 of their legal challenges in the courts which declared their decisions on large developments to be incorrect, so naturally when the courts keep siding with the public on these things you just have to change the law so the public doesn’t have the power to interfere anymore,” confirmed one developer, who was said to be touched that the government didn’t change a word of the sections of the new planning laws he wrote himself.

Elsewhere, a number of independent TDs and government TDs who have lost the whip confirmed their decision to back the government was in no way influenced by the fact triggering an election now would only ruin summer holiday plans.