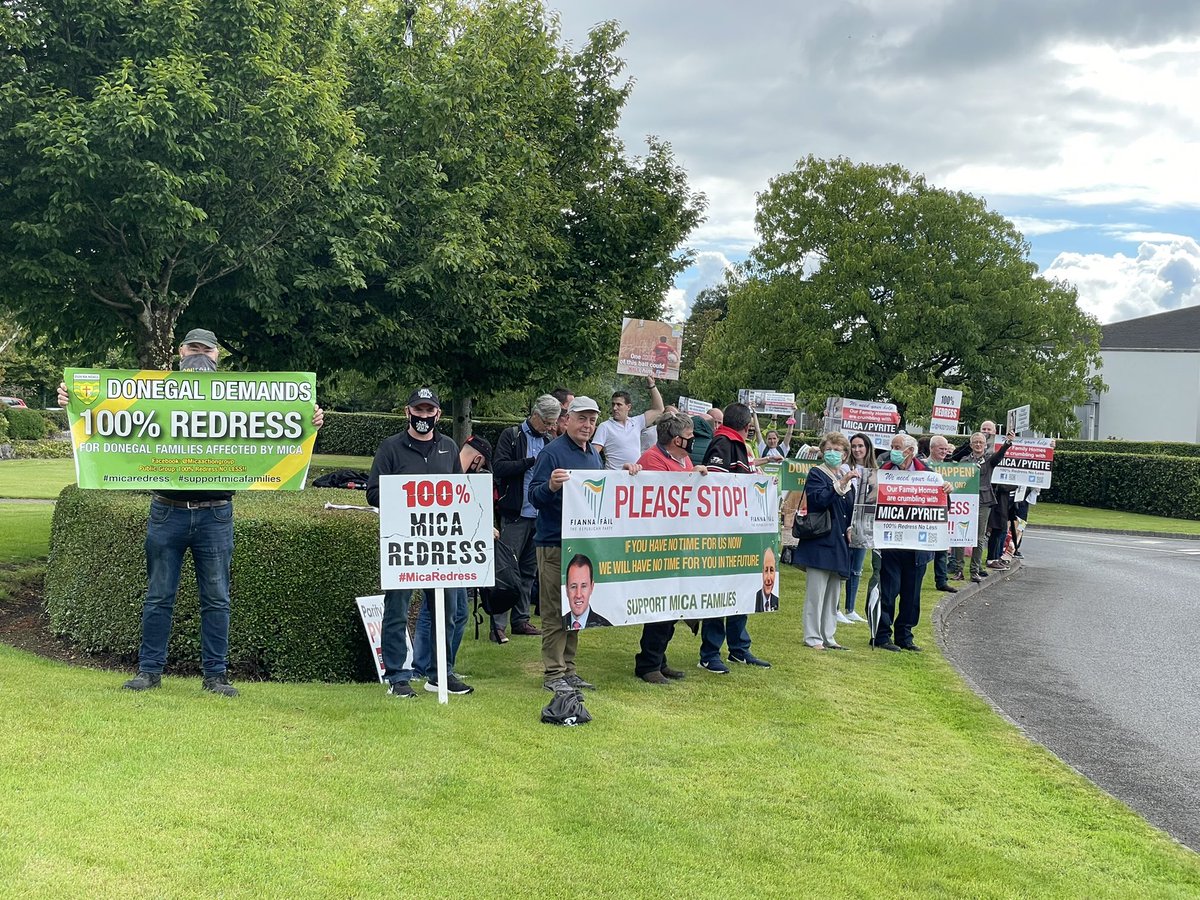 ANGRY protesters outside the Fianna Fáil think-in at the Slieve Russell hotel have been assured that their concerns surrounding the Mica redress scheme will all be taken care of in due time, specifically at a later date when a new government has taken over.

Assurances have been made that the ongoing issue, which involves some 6,000 homes in Donegal and Mayo crumbling to dust due to defective building materials, will receive Fianna Fáil’s full attention when Fine Gael cycle into power in 2023, or even ‘better again’, when his party are in opposition again.

“We promise that the minute this becomes a Sinn Féin coalition problem if they get into power after the next election, we’ll give our full blessing to 100% redress without any delays or stonewalling” said a spokesperson for FF, as no TDs were available to face the protesters at this exact minute.

“Everything you would want an elected official to do, from tirelessly fighting for your rights to promising wholeheartedly to compensate you for everything you’ve been through, we’re going to get right on that as soon as we’re not the ones that have to do it. We appreciate you’re all living in death traps, but as you can understand, we’re not in a hurry to put the shits up our developer buddies right now by holding one accountable, so a bit of patience on your behalf is required”.

Fianna Fáil have also told Mica-struck families that if they were to avoid death in a house collapse between now and FG take the reins, that would be a big help.