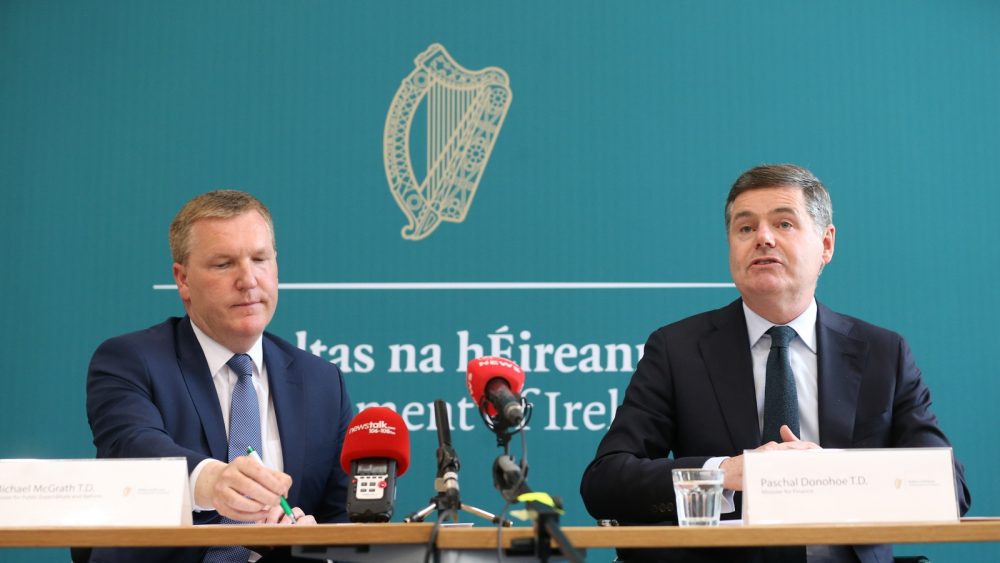 “BUT Paschal you’re still the Minister for Finance, why wouldn’t you be doing the fecking budget? We’re screwed

“You’ll be Minister for Finance in December, why in the name of God would I be doing up a budget when I’ll be outta this bitch in two months? Jesus Michael, bit of common sense would have told you that”

This is the exchange between Minister for Public Expenditure and Fianna Fáil TD Michael McGrath and Fine Gael’s Minister for Finance Paschal Donohoe that has several government departments panicking and trying to complete Budget 2023 from scratch in a matter of hours.

“Don’t be blaming me Michael, I sent you an email about this, it had a subject heading like ‘not arsed, your turn'” defended Donohoe as he and his government colleague McGrath Googled ‘how to do a nation’s budget in an hour’.

“I checked my spam, there’s nothing there. Just admit it, you completely forgot,” McGrath sniped, as the pair were so unprepared there was no time for the usual last minute handshake deals which get potholes in government TD’s constituencies filled in.

“Whatever we come up with now, it’s going to look like we don’t know what we’re doing. Just cobbling together some completely unconnected and contradictory giveaways for middle income earners, multi-nationals, childcare, developers, and energy companies,” panicked McGrath.

Such was the mania unfolding in the Dept of Finance, one senior official proposed copying and pasting the recent Tory budget from Britain and hoping no one noticed.