AS part of WWN’s opinion series, we give a platform to those who don’t really deserve it. This week is the turn of Dublin man Tim Kelly who goes out of his way to promote television shows that have been suddenly cancelled and left without any conclusion. It was an accident at first. I began… Read more » FILE IT under ‘entirely predictable news’ as Squid Game, the international streaming smash hit for Netflix, is getting a second season. The show’s creator Hwang Dong-hyuk confirmed the news, delighting legions of fans around the world. Aside from the 2,000 new jobs the second series will create in the growing ‘Squid Game pop culture opinion… Read more » A NEW season of serial killer drama Dexter has just waltzed back into Waterford man Anthony Carrill’s life after all these years as if nothing happened, seemingly unaware of the wounds that it left the last time, wounds that have only just begun to heal. Promising a ‘fresh start’ that will ‘make up for seasons… Read more » THE SOPRANOS creator David Chase has finally broken his silence over the infamous ending the mob drama while in conversation with the Hollywood Reporter publication. While many viewers took in controversial ‘cut to black’ scene in the series final episode ‘Made In America’ as incontrovertible proof that Tony Soprano was killed in Holstens, Chase has… Read more » STILL RECOVERING from RTÉ’s gangland drama? Relive all the twists, turns and shocks with WWN. If we omit any of your favourite bits we can only apologise but we missed a good 59 minutes of the final hour thanks to the RTÉ player repeatedly skipping on us. Escaping from prison and smuggled out to America,… Read more » INSPIRED by the current Netflix hit show, the Irish government believes it has hit upon a way to reduce the number of people still clinging onto the pandemic unemployment payment. “Obviously we can’t actually carry out Squid Game in full that would be ridiculous, so we’re cutting out some elements like the cash prize for… Read more » PANIC was been sparked at the gates of Heaven as the faint sound of ‘The Farmer in The Dell’ could be heard, whistled by a distant figure striding purposefully towards them. “Yo Omar comin’” shouted Saint Peter as he abandoned his position at the gates in favour of a safer location, leaving several trembling angels… Read more » ADVERTISING jingles are designed to bore their way into our heads so that we will consider the product on offer next time we’re wandering around a supermarket; but sometimes, such as in the case of Waterford man Eric Shevlin, they can do their job a little bit too well. “I first heard the Gino Ginellli… Read more » 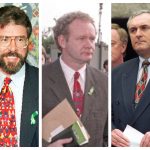 HOT on the heels from the producers of hit Netflix drama ‘The Crown’ revealing the new images of their Charles and Diana, played by Dominic West and Elizabeth Debicki, yet more exclusive set photos have made their way to entertainment sites. The new series charts the personal drama of the royal family through the 90s… Read more » 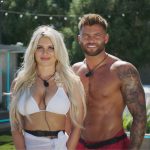 AS the end of the latest series of Love Island draws closer, not a single viewer is questioning whether or not tuning in each night was and is a giant waste of time. And many point out that people waste their time watching elite sporting events based on merit such as the Olympics or Premier… Read more »