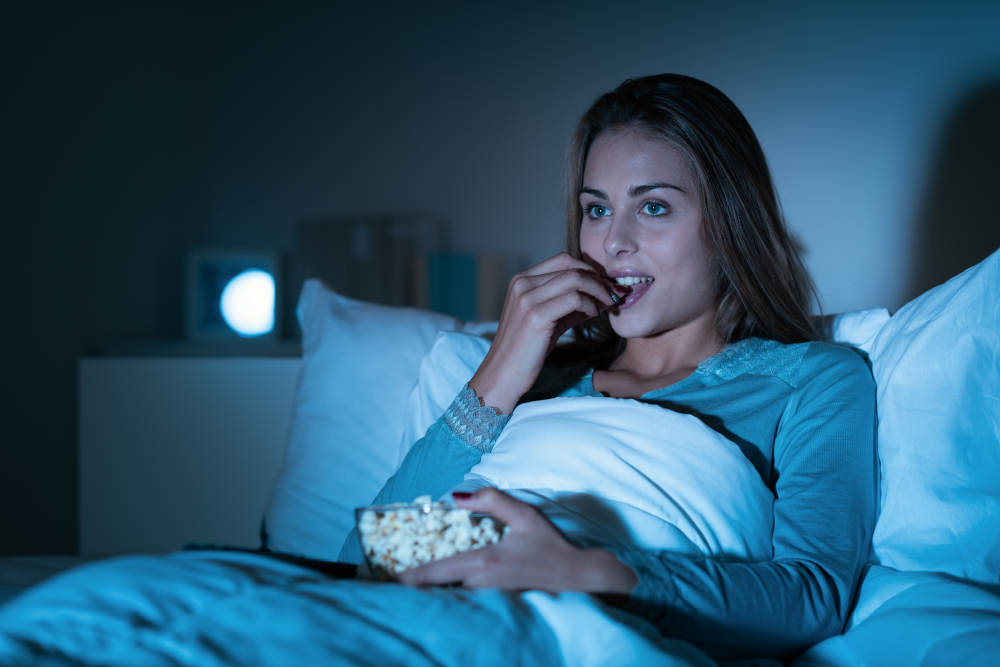 “THAT’S IT, I’m done now. There’s more chance of me giving myself a Brazilian with a rusty tweezers than of me watching that muck again”.

It’s the spectacular admission that has rocked a Dublin houseshare to its core. With the latest edition of Love Island over, Cara Hartlin confided in her friends that while she has loved their nightly viewings of the reality TV show, this would be her final ever time joining in.

“Done. Never again. Dead to me. Love Goodbyeland,” said Hartlin, who will come crawling back the second the first IQ deficient personal trainer with the personality of Patrick Bateman emerges in the Love Island villa.

“Ah girls, I just can’t. Yeah, I enjoyed it a bit but we have to admit it’s toxic, it’s a drain on the brain, I’ve put my own life on fucking pause for two months,” confirmed the 25-year-old, in what is possibly the most unconvincing speech ever delivered.

In a stunning turn of events Hartlin’s speech has won over her friends who have now joined her crusade to banish the show from their viewing schedule forevermore.

“I was only watching it anyway ‘cus you guys were and I didn’t want to be shut away in my bedroom and excluded,” added housemate Vicky Gannon, who has already checked a dozen times online to see when the winter edition of the controversial show starts.