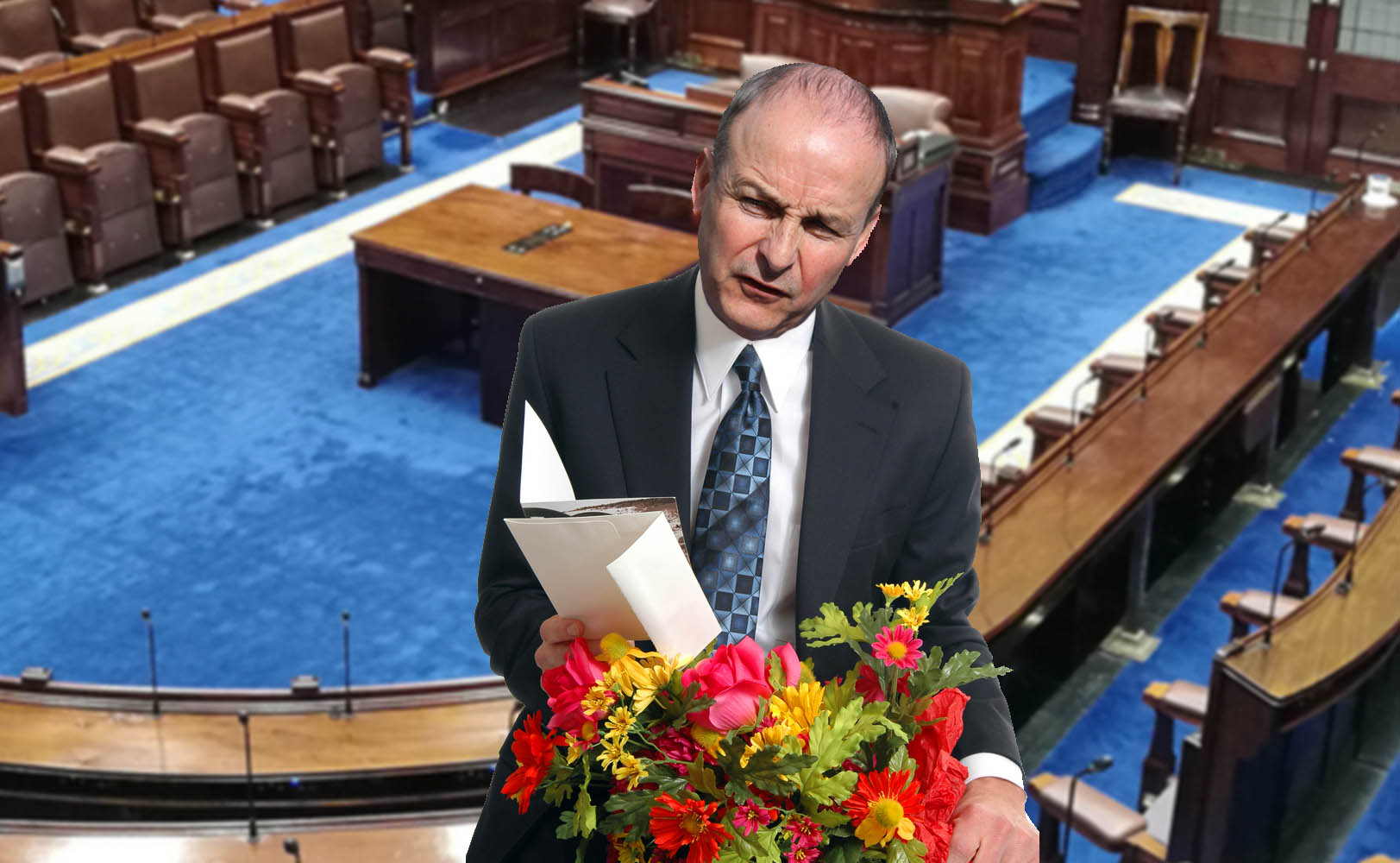 TAOISEACH and Fianna Fáil leader Micheál Martin criticised himself earlier today for reading too much into a lovely card he received from party faithful earlier today in the wake of an agreement on emission reductions for the agriculture sector.

“C’mon now Micheál you’re being daft,” Martin said to himself as he failed to just enjoy receiving a lovely card instead preferring to let his mind run away with itself inventing all sorts of hidden meaning and ill-feelings.

“You’re loved Micheál, sure look at the size of the card and all those signatures. So many. And you’re being an auld stick in the mud, bringing the mood down with your twisted cynicism,” Martin said, taking himself to task for focusing on the ‘Sorry Your Leaving’ print on the front of the card.

Misconstruing the card as yet further evidence that party members are plotting to pressure him to resign when his term as Taoiseach is up, Martin further interrogated his psyche, upbraiding his dour outlook.

“Can’t you just enjoy something for once. A card is a card. That some of the lads have signed it in blood isn’t anything to read into either, jaysus just relax,” he counseled himself.

Now gaily amused and laughing to himself, Martin couldn’t believe how paranoid he was when all his party colleagues wanted to do was make a small gesture outlining how great a job he was doing.

“See, I told you you were being ridiculous,” Martin added reading one heartfelt message from an anonymous FF TD which read ‘our poll numbers are lower than Eamon Ryan’s petrol bill and under you we’re more clueless than a treasure hunt without a map, the sooner you feck off the better’.