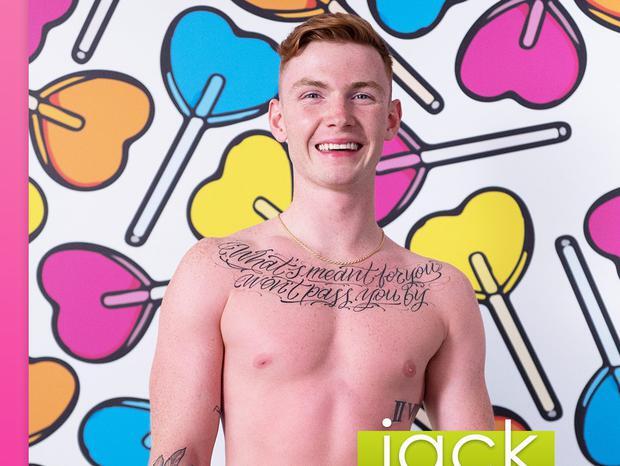 HE’S one of the new arrivals into Casa Amor, there to fill the ‘cheeky Irish chappie’ quota that comes with every season of Love Island but just who is Jack Keating, and how did he manage to be picked over thousands of other hopefuls to compete on the ratings-busting show? Here’s what we know:

Jack Keating is actually the son of Boyzone frontman Ronan Keating, a fact that was purposefully kept from the press, the public and even the producers of the show!

“We had no idea he had a famous dad!” said one gobsmacked exec. “We hired him because we needed a paper-white Irish lad with a collection of some of the worst tattoos known to man. Stroke of luck I guess!”

Jack’s existence wasn’t kept a secret from the world when he was growing up, but his dad’s trademark pronunciation of words meant many people thought he was talking about something else. “Ronan would tell us he was out at the weekend with his Shunjack, we thought he was talking about a type of motorbike of something. Riding around on a Shunjack, y’know?” explained one baffled neighbour.

It’s believed that Jack only applied for Love Island after missing out on his dream job working for Dyna Rod.

Ofcom have received thousands of complaints alleging that producers should be stopped from broadcasting someone being boiled alive by the sun.

RTÉ have announced that Jack will participate in the next season of Dancing With the Stars, no questions asked. “We don’t care if he kills and buries someone on live telly, we want him” producers said.

Jack’s long-term career goal is to remain Ronan Keating’s son for as long as possible; a recession-proof job if he can manage it.