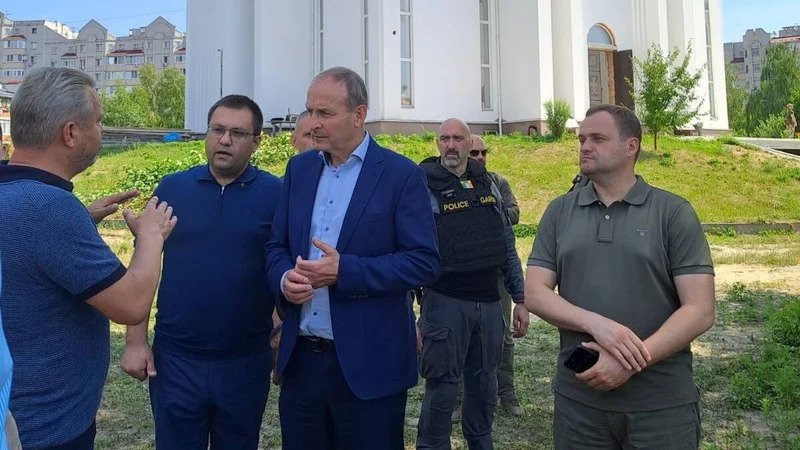 ON HIS first official visit as Taoiseach to Ukraine, the full horror and scale of the damage done in the eastern European country was brought home to Micheál Martin as he toured Bucha, remarking how eerily similar it was to Mayfield in his native Cork.

“I heard it’s €750bn you need to rebuild the whole country, good gracious. That’s a drop in the ocean compared to Mayfield,” offered the Taoiseach.

“You think you lot have it bad, you should try having your head melted every day by Sinn Féin in the Dáil,” added Martin, trying to make small talk as he was been shown a mass grave.

Later Martin met with Volodymyr Zelenskyy in Kyiv and got to pose for a photo, adding it to his collection of world leader meet and greets which he believes is the principle role a Taoiseach plays.

Trying not to look disappointed Zelenskyy told aides he had actually hoped to meet Taoiseach Leo Varadkar as Zelenskyy had intended on making a plea for greater help and resources from someone in charge.

“You’ve been here the whole time, haven’t you?” Zelenskyy said to Martin, possessing a unique talent for dissolving into the background, as it became apparent to Zelenskyy that the Corkman had been present for the Ukrainian leader’s 15 minute discussion about how the Fianna Fáil leader left less of an impression on a person than a fingerprint on glass.