WWN’s new feature rounds up all the unrelenting misery around the world in a short and digestible format. WAR There was a lot of it. In various countries. None of it good. FAMINE That too, yeah. Bet you feel fucking terrible now. Awful way to start the day. Famine that is, not your self absorbed… Read more » TABLOID media and online sites are being gifted dictionaries in record numbers after they insisted on identifying an alleged paedophile as a ‘glamourous heiress and influencer’ in a clear yet understandable error, WWN can reveal. The high profile case in Australia in which the accused, Savannah Daisley, is facing allegations of aggravated sexual intercourse with… Read more » IT has been explained to Ukrainian president Volodymyr Zelenskyy that the plight of his nation ‘couldn’t have been expected’ to still be front-page news after three months of coverage, adding that people ‘don’t really like when these things have no end in sight’. Factors contributing to Ukraine’s demotion down the ranks of newsworthy items include:… Read more »

RESPECTED psychologist, author, podcaster, Twitter meltdowner and lobster botherer Jordan Peterson has received wide spread support for stating that it is he and he alone that should decide what cover models appear on Sports Illustrated Swimsuit Edition, which is still a thing apparently. Drawing on the work of his best selling 12 Simple Rules For… Read more » BELIEVE ME I wish this article was ‘it’ but the day completely got away from me so this definitely isn’t the one thing you need to read today. Honestly, I had every intention of writing something relevant, shocking, zeitgeisty say like ‘Why The Movie Clueless Forms The Bedrock Of Millennials’ Desire For Doomed Romance’ or… Read more » 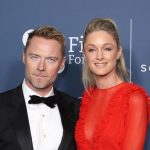 HOPES that a media flurry surrounding Ronan Keating’s wife Storm would not impact Ireland have been dashed today, as Met Éireann announced that the nation can expect months, if not years of news coverage. Storm Keating originated in Australia and has been localised there with her husband Ronan since 2015, without much impact on Ireland… Read more » SENIOR executives at Facebook parent company Meta have expressed their worry after struggling to contact and track down CEO Mark Zuckerberg after Meta lost $230bn in value yesterday. “Mark! Mark! Are you in here?” one exasperated Meta executive screamed in full VR head gear, believing a rudderless Zuckerberg has retreated, indefinitely, to the Metaverse as… Read more » THE WINDOW between barely noticing a TV advertisement and then developing such an incomprehensibly intense hatred for it that would throw your TV out the window to avoid it has dramatically shortened, according to a recent study. Analysing ads currently broadcasting during ad breaks, researchers at IAAA (Institute of Awful, Annoying Adverts) has concluded that… Read more » WITH growing evidence and acceptance among Covid experts that the Omicron variant which was present in Europe, US and elsewhere before it was detected and reported by South Africa only results in mild cases of the virus, some sections of the media confessed to feeling deflated. “So it doesn’t eat your flesh from the inside… Read more »