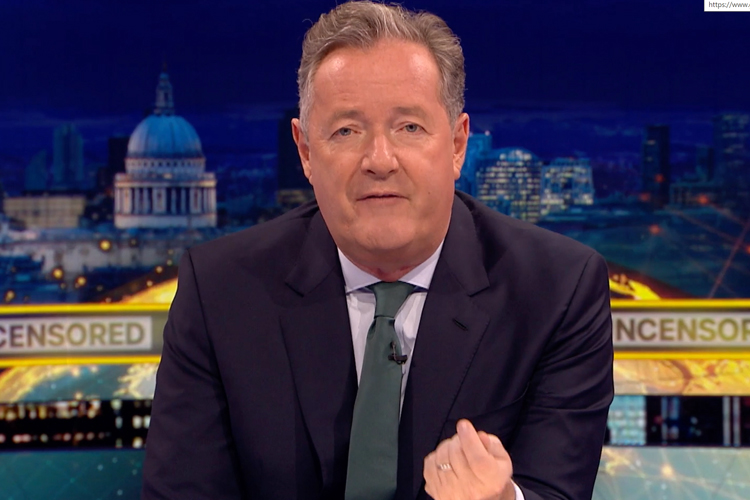 “They’re tried to silence me but now I’m back!” Morgan stated incorrectly, forgetting a litany of similar failed television roles he has left blazing in the past, “there’s no stopping me now,” the shit stain added, before going on to interview the large scuttery fart that left him behind.

Interviewing disgraced former President Donald Trump who was held in contempt of court yesterday for failing to produce documents in a civil probe of his own organisation’s business practices, the caked-on faeces of a man was accused of not being real by his guest, ironically wishing now that bit could have been censored.

“It’s time to bring back real democratic principles,” the throbbing purple faced haemorrhoid exclaimed, referring of course to his own unique rendition of democracy which involved journalists illegally hacking the private phone messages of celebrities and crime victims while he was editor of the News of The World, “I’ll always fight your corner, I’ll always have your back,” he continued, again forgetting all the people and bridges he burned to get to where he is today – hosting a tabloid-funded echo-chamber for back to front Sun reading knuckle draggers, too thick to figure out the world for themselves.