BRIEFLY gripped by the prospect that the beloved, problem free game of football would be transformed into a soulless machine for profit, fans breathed a collective sigh of relief after the so-called ‘super league’ plan was shown the red card. Performing a Cruyff turn back in the direction of the Champions League with all the… Read more » 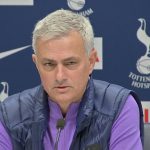 FOOTBALL fans who would usually be beside themselves with glee at news of a Jose Mourinho being sacking complained that it has been near impossible to derive endless joy from such things, on account of ‘all that super league drama carry on’. “Normally now the WhatsApp group would be Mourinho-meme central, we’re talking videos of… Read more » 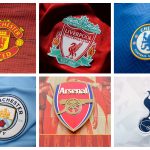 FRESH from the announcement that VAR has ruled a move by 12 clubs to form a breakaway ‘super league’ offside, football fans have put aside their tribal rivalries to finally agree on something and declare the owners of the clubs involved a ‘pack of greedy cunts’. “I’d happily scream abuse at supporters of rival clubs… Read more » JOSE MOURINHO remained bullish about his ability to continue managing Spurs after their latest loss stating he is still the man to heap continued misery on the lives of the Spurs faithful. “I will not walk out on this team or these fans, I’m not trapped in a bad run of form, no, the fans… Read more » AFTER coming under severe criticism from all quarters, including from Qatar who accused Stephen Kenny’s team of perpetrating human rights abuses against their own supporters following a 1-0 loss to Luxembourg, Irish football remains at a crossroads. Despite decades of mismanagement laying ruin to the game, that lad on your 5-a-side team who can’t kick… Read more » SOME IRISH supporters took more positives from last night’s 3-2 loss to Serbia in Ireland’s than you’d find after Covid-19 testing at a meat factory, leaving them in no doubt that there were plenty of reasons to remain optimistic about the upcoming campaign. “You get negative fair-weather fans moaning, but you can’t tell me that… Read more » FRESH on the heels of confirming its support for the FAI’s joint bid with the UK to host the 2030 World Cup the government has already set about clearing unsightly tents and homeless people from the capital’s streets lest FIFA catch sight of them on a surprise visit. Ireland also went ahead and announced its… Read more » AN unbroken flow of green traffic lights between Manchester and Liverpool on the way home from last night’s 3-2 FA Cup fourth round defeat is said to be all that prevented Anfield chief Jürgen Klopp from dumping his car and going on an absolute rampage around the city, sources have confirmed. Klopp, known for being… Read more » SPEAKING at a ferocious rate of knots and looking like they haven’t slept in days, one local Liverpool fan is putting the final touches to his 12,000 page dossier which suggests were it not for a plot against his club they would be 40 points clear at the top of the table. “The ref blew… Read more » “ONE would think, amid all the by-clauses and backdoors and amendments and constitutional rewrites and donkey-and-cart era bylaws and exemptions sewn into the British legal system, that a Prime Minister would have found it easier than this to hobble or otherwise kill a mere sportsman” sighed PM Boris Johnson today, pinning a picture of Marcus… Read more »