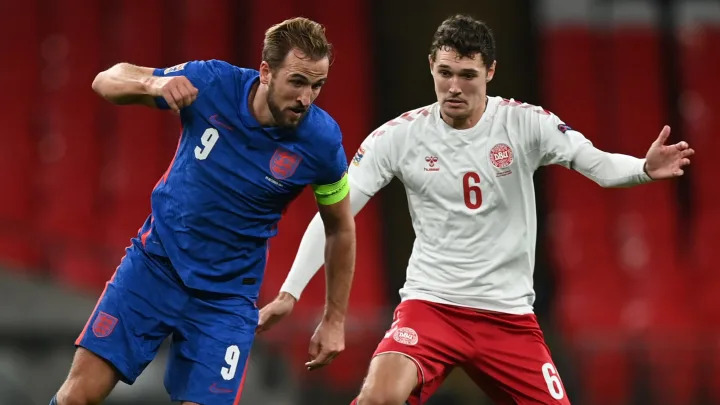 WHILE England have expressed their confusion at being inconvenienced by this evening’s foregone conclusion against Denmark, a mere 4 days before they beat Italy in the final of the Euros, the game will still go ahead.

BBC and ITV’s pre-match analysis of the semi-final will consist of ‘can you believe we beat Denmark’ in the sort of tempting-fate Olympics that might come back to bite them in the testicles with the ferocity of three lions.

Wishing the team well earlier today, Boris Johnson shagged an English flag outside no.10 Downing St in front of a portrait of the Queen.

The tactical battle will be key – will the English tabloids go back to thinly veiled racist attacks on Raheem Sterling and other players in the event of a English loss? Based on previous form, absolutely.

Some handy phrases to know in Danish:

“Tak fordi du lader Italien og Danmark bruge dit stadion søndag til finalen.” – Thank you for letting Italy and Denmark use your stadium on Sunday for the final.

Some Irish people have wondered if this is all just a waste of time; this constant belittling of the English football team and jingoistic fervour that surrounds them, have we nothing better to do than sling mud at our former colonial masters? Did we not, long ago, grow beyond the shadow they cast to blossom into a Nation that doesn’t need to derive pleasure from a football team’s continued rotten luck and perennially embarrassing defeats?

“No, of course not,” those small selection of treasonous Irish people have been told by everyone else.