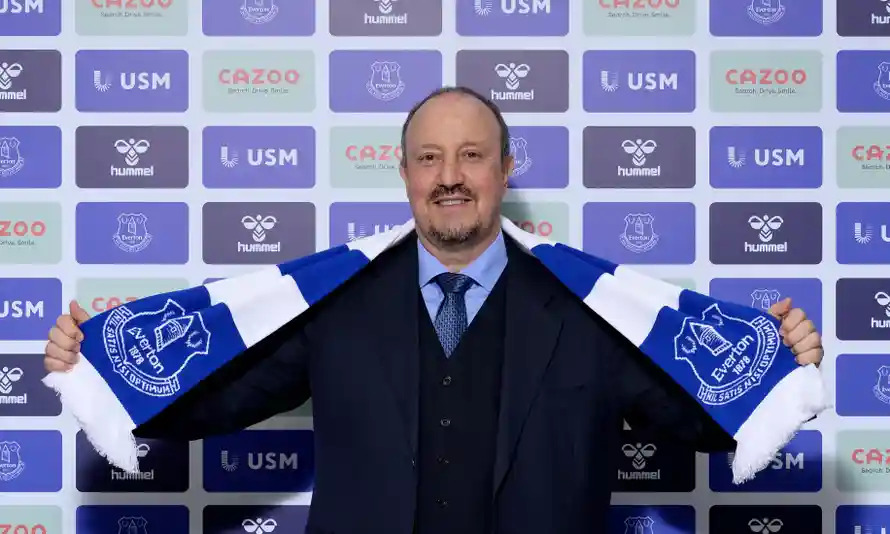 THERE has been considerable puzzlement among Everton supporters as they face into day one with a manager whose mystery 6 year absence from the game remains a mystery.

“He must have been one of the most in demand managers in the world after the job he did at Valencia, but then nothing, just disappeared for 6 years,” offered football pundit Greg Hinton, of Rafa Benitez, former manager of Real Madrid, Inter Milan, Newcastle, Chelsea, Napoli, Dalian Professional, Tenerife, Extremadura and Valladolid manager.

“Everton fans will have wanted someone with a better track record, they’d love a tilt at the domestic cups but what would this Rafa guy know about that? The preference would have been for a manager who lives locally, and gets the club’s rivalries. The question remains; what was he doing all those years, waiting tables in Spain?”.

With only a brief stint at Chelsea and a promotion from the Championship with Newcastle to his name in England, Everton fans will be understandably disappointed by the appointment when they crave a huge transformation which would lead them to the pinnacle of European football.

“I can’t see the fans buying into him, he’s no track record in resurrecting a formerly successful English club with great history from the doldrums, getting them competing for the league again and winning the top European prize,” added another pundit.

Some more open and generous Everton supporters have said that after having absorbed the initial shock of the news they have vowed to give Benitez a thirty second head start.

Elsewhere in the manager merry go round, Zidane is set to be appointed Barcelona manager, Wenger is named Spurs director of football, Maldini is to replace Inzaghi at Inter while Neil Lennon has expressed an interest in the Rangers job if Gerard leaves.