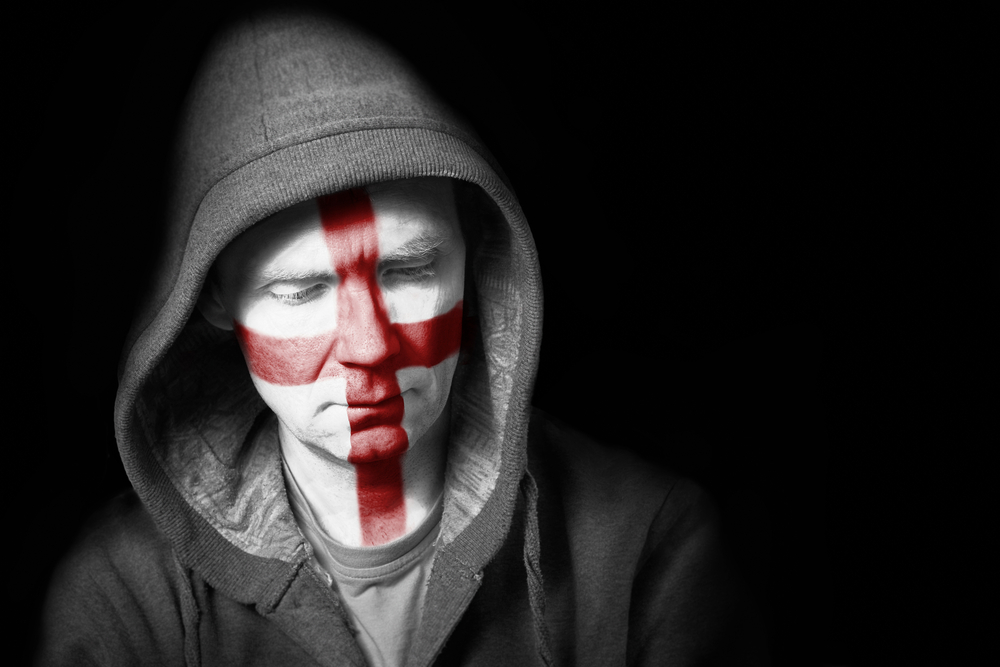 AS THE WAVE of euphoria from England’s 2-0 victory dies down, for many the pain of defeat remains severe and heartbreaking in nature.

“Our boys deserved better than that, we was robbed,” shared Dave, a diehard and proud English skinhead, who doesn’t think he’ll recover from seeing his beloved Germany dumped out of the tournament.

Utterly depressed by the sight gloating masses of English fans from a mix of backgrounds and races celebrating the victory, this loss will be a hard one to get over for many Neo-Nazis hooligans.

“We won but we lost in a way because we didn’t have 11 blonde blue eyed British Daves on the field, I’m confused…I think I need a lie down,” added Dave, a bald ginger with French heritage.

“That’s my fucking week, month and year ruined,” added another hooligan, Ron, as he massaged the large enclave of Nazi inspired tattoos on his chest, as if such an act would help the sting of defeat ebb away.

“I can handle losing but did you see the types we lost too? What was the point in winning/losing the war for/to Churchill if this is where it gets us,” added Ron, a member of the National puts his trousers on back to Front.

Ron and Dave have confirmed they will throw the full overweight of their support behind England’s next opponents once they find it on a map and are satisified with its population demographics.