THE thought of unreeling the hosepipe out and spraying water about the place ‘hadn’t even occurred’ to Cork man Michael Whelan until he heard of a ban that is taking effect from midnight tonight. “They’re clamping down on water usage to preserve supplies following weeks of below-average rainfall? Not on my watch!” fumed the 40-year-old… Read more » A LEAFY Dublin suburb, resplendent with trees, flower beds and the laughter of children. The perfect life, most would agree. Dubliners the McCormick family would have affirmed such a view up until five years ago until tragedy struck. “I spied the Cork reg but thought nothing of it, car dealers in Dublin sell used cars… Read more » A BIZARRE phenomenon off the Cork coast which saw a tsunami-like surge in the tide before it dramatically receded in a matter of minutes before returning has led a concerned public to demand answers from maritime experts. Not yet willing to give a definitive answer, the Marine Institute has put forth a number of varying… Read more » THE FINAL moments of several bodies dating as far back as the 1400s, found by archeologists beneath the former site of Nancy Spain’s pub in Cork, have been pieced together thanks to state of the art technology. “Even back then it was considered poor form altogether to buy pints on your round but then switch… Read more » BELIEVED to be one of the only recorded incidences of mass amnesia in Ireland, a number of specialist HSE medical teams have been dispatched to Cork to do deal with a troubling emergency. “To a person, none of them can recall the last 24 hours with memories becoming especially vague after 3.30pm,” shared one amnesia… Read more » 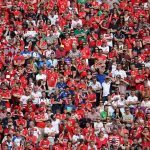 AS ANTICIPATION grows ahead of Sunday’s All-Ireland hurling final, cases of mass delusion are being reported throughout Cork and among Cork natives residing around the country. “They keep saying things like ‘suppose you’re up for Cork boy’, but like not in a jokey way, they really think we wouldn’t sell our Grannies for Limerick to… Read more » BATTERED civilian soldiers in Cork city centre have made urgent appeals for reinforcements in their terrifying war against sentient robot trees hellbent on destroying their creators, WWN can reveal. Fierce fighting broke out earlier this week as the ‘robot trees’; artificial air purification stations that were commissioned by Cork City Council at a cost of… Read more »

QUICKLY responding to well-wishers across Ireland after rowers Paul O’Donovan and Fintan McCarthy were crowned Olympic champions in Tokyo this morning after winning the men’s lightweight double sculls final, Corkonians have pointed out it was actually in fact Cork who won the medal, thanks. “C’mere till I tell ya, kid, Cork won that medal as… Read more »

EXPERTS have announced that blade marks on the skeleton of a 33,000-year-old reindeer skeleton found in the Cork region is clear proof that early humans in the area were using tools to hunt, and that they were almost certainly being insufferable about it too. “We have no reason to believe that these primitive people sounded… Read more » THE decision to greenlight Ireland’s tallest skyscraper in Cork City will return to haunt us, a government-funded group set up to monitor the big-headedness of the Rebel county warned earlier today. “Cork people are doses at the very best of times, but when they actually have something over you, they are especially vexing” said Simon… Read more »