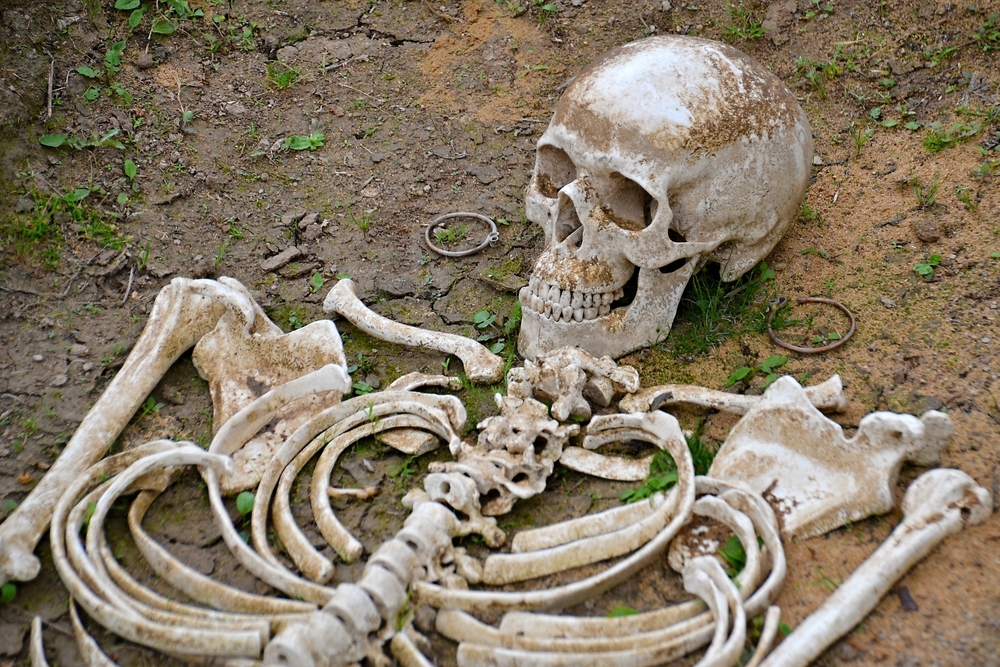 THE FINAL moments of several bodies dating as far back as the 1400s, found by archeologists beneath the former site of Nancy Spain’s pub in Cork, have been pieced together thanks to state of the art technology.

“Even back then it was considered poor form altogether to buy pints on your round but then switch to a 20-year whiskey on your friend’s round. You can tell by the position of the bodies lying on top of each other head to toe that the men grappled and fought on the ground in embarrassing and petty fashion we still see in pubs today,” said lead archeologist Fionnuala O’Garton.

“The explosion point for violence likely came when the fifth and sixth men arrived midway through drinking, complicating the rounds situation. The first man to be killed had a mead cup lodged in his brain, put their after a sarcastic comment about how his initial round was the cheapest since he was only on the hook for three pints,” added O’Garton.

While round-rows are not exclusive to the Cork area, it is believed the stubborn nature of Corkonians certainly made a deescalation of the disagreement virtually impossible.

A leather pouch full of gold coins next to one of the men suggests a particularly wealthy friend probably lorded it over the others by buying shots of tequila and jager bomb in addition to pints on his round.

“Carbon dating tells us the men killed were at least a dozen meads into a session, so you can imagine how it would have gone down if one accused another of being tighter can a nun’s… you get the picture,” concluded O’Garton while digging out the structure of a 14th century era smoking area and a rickshaw which would have used to sell magic mushrooms on the sly.