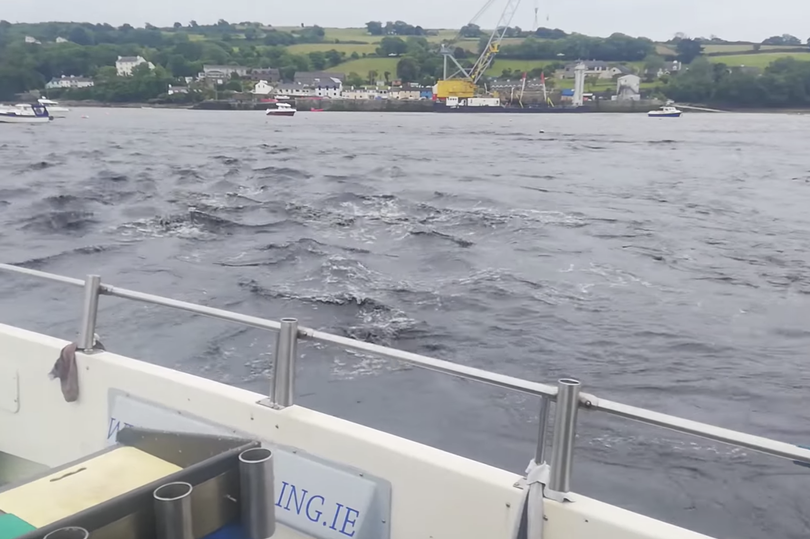 A BIZARRE phenomenon off the Cork coast which saw a tsunami-like surge in the tide before it dramatically receded in a matter of minutes before returning has led a concerned public to demand answers from maritime experts.

Not yet willing to give a definitive answer, the Marine Institute has put forth a number of varying possibilities and measures:

Returning as a brainwashed Russian agent, a radioactive Fungi has begun sending his first few warnings to Ireland ahead of a full scale attack.

Out of an abundance of caution the Marine Institute has asked larger swimmers to refrain from swimming in the sea for several days.

Likewise those swimmers prone to letting rip when underwater are no longer permitted to swim.

It’s part of new EU scheme which will see fisherman pay for the sea or face having it taken away and stored in a Brussels located premises.

A large sea-dwelling beast by the name of Corkzilla has emerged from its ancient slumber in the Atlantic ready to unleash loud and obnoxious Corkisms.

An earthquake from off the coast from Portugal – if you’re a local who has a coastal home this might be your best bet to make a few quid out of all this. Petition the government from a disaster relief fund after the strange tide movements removed a coat of paint from that shed you’d be meaning to convert into an extension.

Atmospheric pressure, work pressure, family stress – the sea has been under a lot of pressure lately.