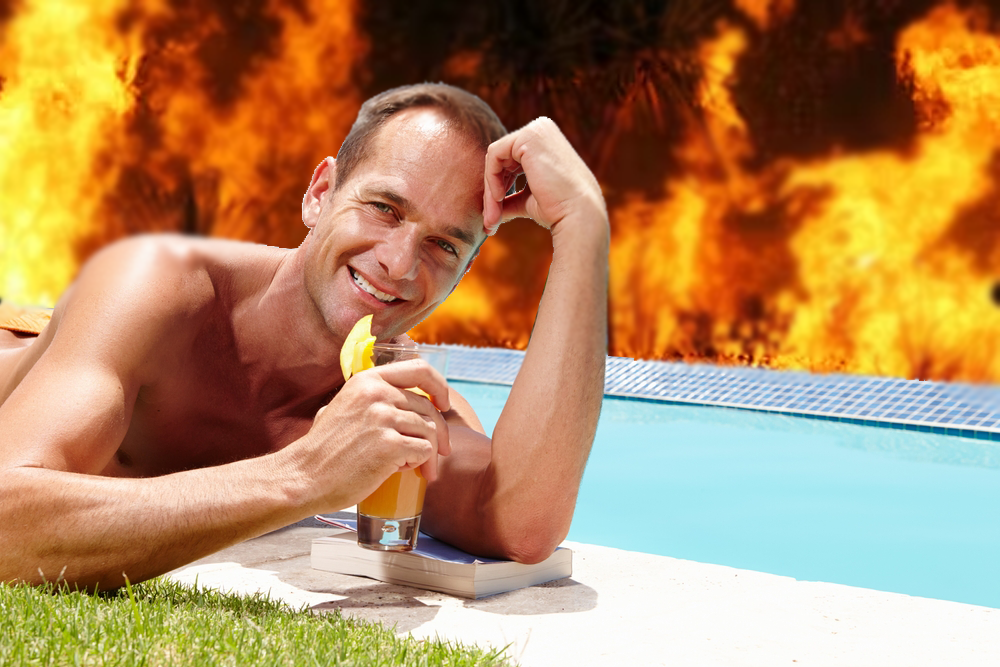 “It’s a different heat – a dry heat,” local holiday maker David Hughes has advised anyone asking about the latest 40-degree heatwave in Spain, where he is currently on a family break, as he continually defended the heat in a series of posts online.

“It’s not like Irish heat, the humidity and all that, it’s bearable here,” Hughes continued, not that anyone really asked in the first place, “sure everywhere is air conditioned here, they’re prepared for the heat, not like Ireland, sure the roads would melt back home in this ha-ha”.

Ignoring several wildfire warnings in the area and a dozen death announcements on the Spanish news, Hughes rubbished one of the country’s most severe heatwaves in recent history.

“It’s summer. It’s Spain. Go figure,” he continued, now being advised by local emergency crews to move his family to a safer location away from spreading wildfires, “sure there’s a pool out the back, if all comes to all we can just jump into that – sorted”.

“You know, if it started raining now, this place would flood in a second, no drainage here you see, mad, isn’t it?” Hughes told rescuers as they airlifted the last of his family into a helicopter, saving them from certain death, “in fairness, you’d think they’d be a lot more prepared here for this kind of thing – maybe our cultures are not so different after all, a foot of snow back home and the whole country closes down for a week, ” a deluded Hughes concluded.